Howell filmmaker will have work, ‘Still With Us,’ shown at festival 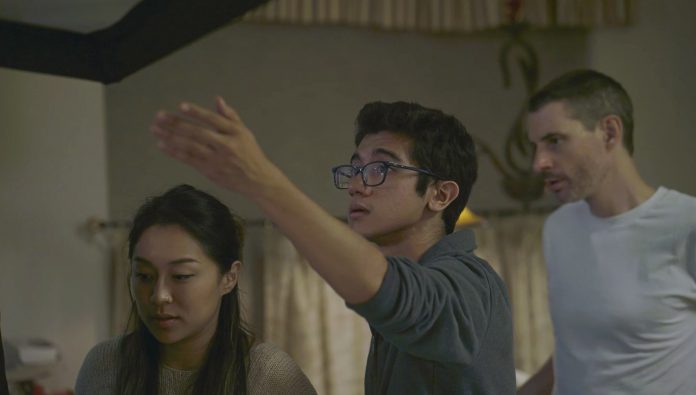 A young filmmaker from Howell will have his work shown at the 19th Garden State Film Festival. “Still With Us,” a drama directed by Jared Garcia, is scheduled to be screened during the festival on March 28 at 12:15 p.m.

The film will be streamed live online at the Paramount Theatre, Asbury Park. Tickets for the event, which range from $20 to $55, may be purchased online at https://www.gsff.org/tickets/

Garcia, 21, is a lifelong resident of Howell. He described being influenced by the transcendental cinema genre, including the works of Japanese director Yasujiro Ozu.

“I liked how Ozu gently subverted film grammar with his camera to create a world that was distinctly his. He used pillow shots (tranquil, establishing shots) as a means of transitioning between scenes.

“He centered his characters in a frame (instead of giving lead room to give the illusion of conversation occurring between two people), and he was very narratively elliptical (big plot points, like characters being married off into different families, occurred off-screen),” he said.

Garcia said he also took inspiration from the slow cinema genre, citing filmmakers such as Apichatpong Weerasethakul, Hou Hsiao Hsien and Tsai Ming Liang as influences.
“I tried to use deep-focused, spacious wide shots, long takes and sparse cutting to express a contemplative pace. The lack of close-ups on characters was also intentional, to give off this feeling of detachment and a displaced sense of being.
“Narrative takes a back seat, and instead, the short becomes a collection of memories recalled and pieced together subjectively. I am very interested in how filmmaking techniques can be used to express a sense of spirituality,” he said.
According to Garcia, “Still With Us” is a story about grief, told through a nonlinear passage of time. It follows a young woman named Joan Silang, who has essentially boxed herself into a lonely, isolated world.
“She is working as an assistant to a small business finance manager, coming home to her grandmother, and biding her time in empty spaces.
“Struck by memories of her older sister, Maxine (who died in a car crash), Joan is motivated to find a memory stone her sister gave her years ago.
“The resulting search and discovery propels Joan on a journey through time and space, recalling what was and what could have been with her sister, in this quest of dealing with grief and moving on with life,” he said.
Garcia said “Still With Us” was filmed over three days that ran between 12 and 16 hours each.
“I owe a great amount of gratitude to everyone involved in the production. I was able to work with a very talented team … and through their individual talents, passions and perseverance, we were able to overcome much of the difficulties that are usually associated with films of this scope,” he said.
After filming was completed, editing took place over the next eight months.
“It was a very difficult, but very rewarding process to be able to refine the ideas I wanted to express through the process of editing. Finding the right places to cut, arranging the scenes differently and figuring out a way to let the pace of the movie speak differently than it had while I was on set.
“The process of filmmaking is notoriously fluid and improvisatory in nature, but the changes in direction, as well as different ways of adhering to what I originally intended are joyful discoveries,” Garcia said.
“I feel honored to have been selected to the Garden State Film Festival. I have been aware of its prodigious status for years now and am excited to take part in an event as big as this.
“I am eager to see the creative efforts of the people the festival (organizers) chose to highlight in this particularly turbulent year. It was an honor to work with everyone on this production and I am glad all the hard work we placed into this movie is being rewarded.
“This short moves very slowly. I don’t typically like asking anything from the audience, but I hope that if you do end up watching this short, you will give this movie time to unravel,” Garcia said.
Share
Facebook
Twitter
Email
Print
Previous articleHealth Matters 3/19: Colorectal Cancer Strikes Both Young and Old
Next articleWashington Road near Sayreville library will be one lane for next hour