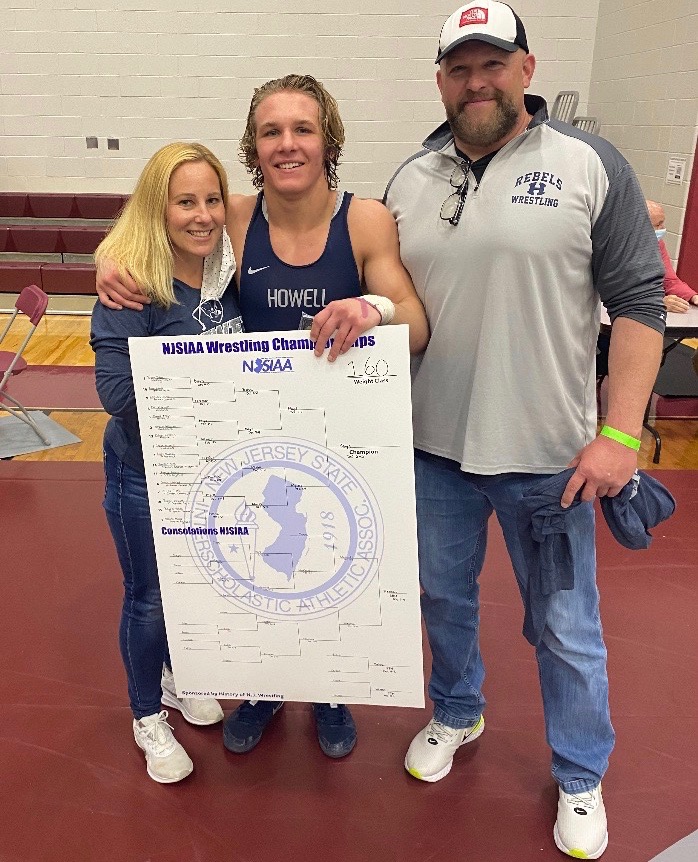 HOWELL – The 2021 wrestling season was a banner first year on the mat with the Howell High School wrestling team for Hunter Mays.

Mays, a junior 160-pounder, went 16-0 and became Howell’s fourth state champion on April 25 with a 6-5 victory over Kingsway’s Dakota Morris. The state tournament was held at Phillipsburg High School.

“It feels awesome,” Mays said about winning a state crown. “It feels great. All my hard work paid off.”

Mays knew coming to Howell was a good place to be when started his junior year and met his teammates on the wrestling team. After moving from Levittown, Pa., to Howell, Mays was accepted right away by the Rebels’ wrestling program and Coach John Gagliano.

For Mays, it was great to see the community and the school “appreciate” wrestling and the family atmosphere on the team was something he enjoyed being a part of.

“Everyone accepted me right away and we pushed each other,” he said. “We are a tight-knit family here. I think that really helped me a lot coming from Pennsylvania.”

Mays had a standout sophomore campaign for Conwell-Egan Catholic High School, winning 41 bouts. However, he was unable to fulfill his goal of winning a state title when he went 0-2 in the 2020 Pennsylvania Class AA state tournament.

Upon moving to New Jersey, Mays kept the same goal of winning a state title. He knew it was going to be a tough task because New Jersey holds one state tournament and does not divide wrestlers based on the size of their school. But Mays did not shy away from believing he could claim the gold medal.

Moving up from 138 to 160 pounds, Mays won all eight of his matches in an abbreviated regular season by pin or technical fall.

During the Central Region Tournament on April 18 at Hunterdon Central High School in Flemington, Mays began to make a name for himself. He pinned his way to the regional semifinals and won by a technical fall in the semifinals to reach the championship bout.

In the regional final, Mays locked horns with No. 1 seed Colton Washleski of Hunterdon Central and scored a 14-3 victory to win his first region crown.

“He’s such a hard worker,” Gagliano said of Mays. “It’s a great feeling to see someone work so hard and win it all. He’s a good team player and a good role model for the other kids in the program.”

After winning the region title, Mays headed to the state tournament searching for “redemption” after his disappointing performance in the 2020 Pennsylvania state tournament.

Mays entered the 2021 New Jersey state tournament as the No. 5 seed at 160 pounds and rolled into the semifinals where he defeated No. 1 seed Blake Bahna from Watchung Hills, 11-7.

In the championship bout, Mays capped off his magical season by winning the gold medal. He jumped out to a 6-2 lead over Morris and hung on for a one-point victory to bring a fourth individual state championship back to his new home of Howell.

“I’ve worked my whole life for that,” Mays said. “Every hard thing I went through was worth it at the end.”

Howell produced four medal winners in the 2021 state tournament, which is the most the Rebels have ever had in one year.

Having four state medalists, including a state champion, in 2021 are accomplishment that Gagliano believes his program can build on and strive for each year.

“To see what we accomplished this year will motivate other wrestlers who are coming up through the program to strive for the same track,” the veteran coach said. 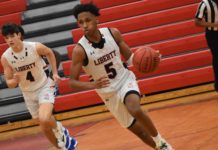