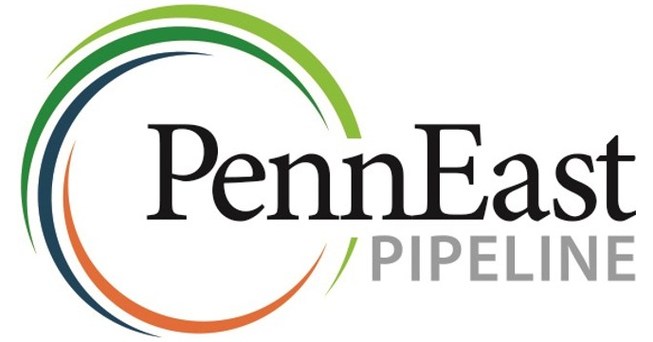 The U.S. Supreme Court in a 5-4 decision has ruled that the PennEast Pipeline project can proceed with condemning New Jersey state-owned land for the company’s $1 billion pipeline project.

The decision by the court released on June 29 overturns a 2019 Third Circuit Court of Appeals decision, which denied the condemning of more than 42 parcels of New Jersey state-owned land for the company’s pipeline project.

“We are pleased that the Supreme Court kept intact more than seven decades of legal precedent for the families and businesses who benefit from more affordable, reliable energy,” said Anthony Cox, chair of the PennEast Board of Managers. “This decision is about more than just the PennEast project; it protects consumers who rely on infrastructure projects – found to be in the public benefit after thorough scientific and environmental reviews – from being denied access to much-needed energy by narrow state political interests.”

Roberts said this case involves one of the ways eminent domain power can be exercised through legal proceedings by private entities against state-owned property.

“Specifically, we are asked to decide whether the federal government can constitutionally confer on pipeline companies the authority to condemn necessary rights-of way in which a state has an interest. We hold that it can,” he wrote in his opinion. “Because the Natural Gas Act (NGA) delegates the federal eminent domain power to private parties, those parties can initiate condemnation proceedings, including against state-owned property.”

Justices Clarence Thomas, Elena Kagan, Neil Gorsuch, and Amy Coney Barrett dissented. Barrett in dissent said it would be very odd for the government’s right to take property for public use to exist only if private parties can exercise it.

“This court has long held that states did not surrender their sovereign immunity to suits authorized pursuant to Congress’ power to regulate interstate commerce, and no historical evidence suggests a different result obtains for condemnation suits brought by private parties against non-consenting states,” she wrote.

The construction of the 116-mile long natural gas pipeline is a $1 billion project from Pennsylvania into New Jersey.

“We’re disappointed by today’s SCOTUS ruling on the PennEast pipeline, but our fight is far from over,” New Jersey Attorney General Gurbir Grewal tweeted on June 29. “I’m proud to continue standing up for our residents and championing environmental protection. I urge the feds to take another look at this harmful proposal.”

If the pipeline project were to be constructed, its construction would occur in the Hopewell area, while the New Jersey leg of the pipeline accounts for about one-third of the total project. The project has faced pushback from not only the state, but local residents and environmental organizations.

“We are extremely disappointed by the Supreme Court’s decision to overturn the Third Circuit Court’s ruling,” said Jim Waltman, executive director of The Watershed Institute. “Our fight against PennEast is far from over, however, and the proposed pipeline project still faces many legal and regulatory obstacles.”

“This is disappointing, but PennEast is still facing numerous legal and regulatory hurdles that will prevent this unnecessary, polluting project from moving forward,” he added. “The PennEast pipeline would threaten the health and safety of our communities, seize private land and taxpayer-preserved open space, and harm our drinking water, natural and historic resources. Ultimately, the state will have final say as to whether the project may proceed.”

Energy and Commerce Committee Chairman Frank Pallone, Jr. (D-NJ) said, “I am deeply disturbed and disappointed by the Supreme Court’s decision today, which sets the dangerous precedent of allowing interstate pipelines to take state-owned lands without a state’s consent.

“States like New Jersey should be able to retain their right to do what they wish with the lands they own, and no private actor – including pipeline companies – should be able to usurp that right. I am determined to work with my colleagues to do everything in our power to preserve this important state right,” he said.

New Jersey Business & Industry Association Vice President of Government Affairs Ray Cantor said NJBIA filed an amicus brief with the Supreme Court earlier this year in support of PennEast.
“The Supreme Court made the correct decision today in reversing this harmful lower court decision, which would have irrefutably had a negative impact on the supply and cost of natural gas in New Jersey, as well as interstate commerce,” said after the Supreme Court’s decision.
“While the PennEast vs. State of New Jersey case dealt with many technical legal issues around eminent domain rights, the real-world implications of the case are of the utmost concern. If the Supreme Court had upheld the lower court decision, New Jersey would have ultimately seen energy prices rise, pollution increase, and jobs lost.
“As a state that imports all its natural gas, New Jersey has benefited both economically and environmentally. The Garden State uses natural gas to create over 50% of its electric generation and to heat 75% of its homes and buildings. Our residents and businesses are reliant on this low-cost energy.
“The need and demand for natural gas is growing, with pipeline capacity poised to reach maximum levels in the coming years. Without new supplies of natural gas, other, often dirtier, forms of energy would need to be used and some businesses and homes will not be able to hook up to natural gas for their cooking or heating.
“With today’s decision, the Supreme Court correctly held that one state cannot have the power to stop an interstate pipeline. Such a practice would disrupt the flow of energy throughout the nation – and that is not how our national economy works.”
PennEast still needs to secure permits from entities such as the New Jersey Department of Environmental Protection, the U.S. Army Corp of Engineers, the Delaware River Basin Commission.

Hillsborough native brings friends on a 900-mile journey to honor anniversary of Sept. 11