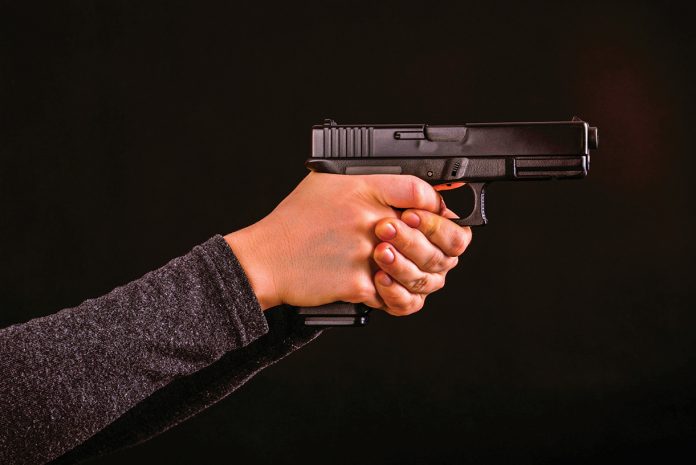 SOUTH BRUNSWICK – A 28-year-old Philadelphia man was arrested by South Brunswick police because they found a loaded handgun after he crashed his vehicle.

At 2:39 a.m. Sept. 26, Officer Kyle Klemas responded to a single car crash on Route 1 south near Sandhill Road. Klemas found the 2016 BMW had collided into a utility pole, and the driver and a passenger were still sitting in the vehicle, according to reports.

Klemas observed the driver to have slurred speech and watery bloodshot eyes, according to the allegations.

Further investigation recovered a Glock airsoft gun from the rear passenger compartment of the gun. Both guns were connected to the driver, police alleged.

The driver was transported to South Brunswick police headquarters. He was charged with two counts of unlawful possession of a firearm and driving while intoxicated. He was lodged at the Middlesex County Correction Center pending his first court appearance.

“To be drunk driving with a loaded handgun is just reckless. This driver was impaired to the point he crashed and had in his possession a loaded handgun. This could have ended in tragedy in so many ways, from the crash, to the weapon, to the officers’ interaction. I want to credit Officers Klemas and Goetz for slowing things down and taking this suspect into custody without any injury,” Police Chief Raymond Hayducka said in the statement.