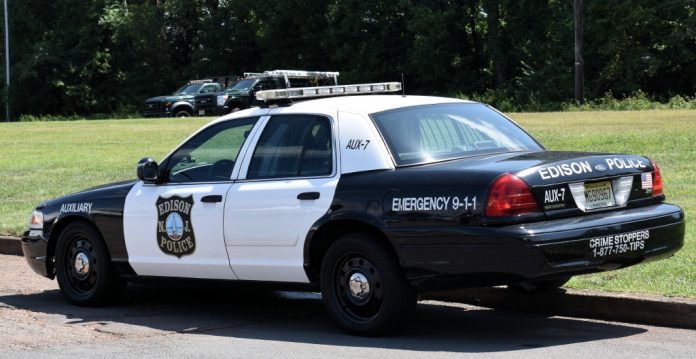 EDISON – It started with an early morning phone call to the Edison Police Department, which led to a search warrant and multiple arrests.

A 34-year-old Edison male was on the other end of the call at 1:40 a.m. on March 2 advising police of an alleged predator who had fled the scene after he and a 26-year-old male from Springfield confronted the man, according to Deputy Chief Robert Dudash.

The Edison male told police he and the Springfield man were posing as a 15-year-old boy on Grindr, a social networking app for gay, bi, trans and queer people, police said.

On three separate occasions, the two males told police they met males at preselected locations they corresponded on Grindr, posing as the boy, police said.

During the investigation, members of the Detective Bureau conducted interviews of the Edison man and reviewed video clips he took of the alleged back seat interrogations, police said.

Because of the alleged interrogations, the Edison male and Springfield male were charged with criminal restraint and making terroristic threats, which are third-degree crimes, on March 3, police said.

The two males were transported to the Middlesex County Adult Correction Center (MCACC) in North Brunswick.

When police made the arrest of the Edison male at his residence at 7:30 p.m., a 38-year-old Highland Park male allegedly became disorderly. He was charged with disorderly conduct and resisting arrest and was released on his own recognizance, police said.

Through the investigation, police received a warrant to search the Edison male’s residence. When attempting to begin the search, the Edison male’s 63-year-old father allegedly interfered with the search. He was charged with obstruction, resisting arrest and released on his own recognizance, police said.

On March 4, police arrested and charged a 21-year-old North Plainfield and a 29-year-old Edison male for enticing a child and endangering the welfare of a minor – the two who were reportedly confronted by the Edison and Springfield males. The two suspect males were transported to MCACC.

A warrant has been issued for a third male for the same charges of enticing a child and endangering the welfare of a minor. The male has not yet been apprehended, police said.

Through grant funds, Metuchen Downtown Alliance purchases thousands of meals from local restaurants for those in need