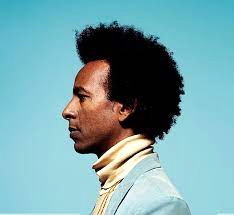 Israeli world music star Gili Yalo is bringing his five-piece band to Tim McLoone’s Supper Club in Asbury Park for an intimate cabaret concert on Sunday, May 1, at 6:30 p.m.

Yalo is one of the most intriguing artists in Israel’s music scene, combining his Ethiopian roots with soul, funk, jazz and psychedelic music. He incorporates sounds from traditional Ethiopian music into a contemporary music production. The result is an exceptionally, rich, vivid melody accompanied by his unique voice with lyrics in both English and Amharic.

His self-titled debut album received high critical praise internationally. His latest release, “Made in Amharica,” was created with American musicians and a production team using the best vintage analog equipment.

Come along and dance to his joyous Amharic, Hebrew and English songs in a celebration of Israel’s independence.

“The whole thing has a strut to its step. With Yalo singing in both Amharic and English, his band cooks up a whole range of retro flavors, from golden-age Ethiopian horns and old-school synths to the classic R&B rhythm-section sound. It doesn’t turn into a heard-it-all-before fusion either … [listen] and you will feel like the coolest person alive. After Gili Yalo, of course.” – Jim Hickson, Songlines Magazine