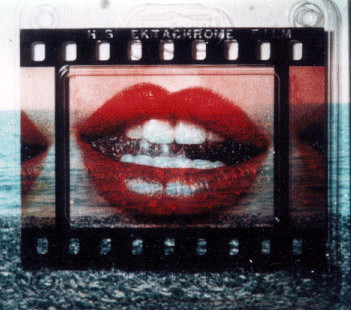 The Spring Festival was scheduled to take place at Rutgers University in New Brunswick. Because of COVID-19, the university will not be having any public events on campus this spring, so the festival is virtual. It will take place on select Fridays, Saturdays and Sundays from Jan. 30 to Feb. 21, 2021.

Eventive is the festival provider. All the films will be available on VOD (Video On Demand) for 24 hours on their show date. There will also be special filmmaker introductions and question-and-answer sessions available for many of the films.

Admission is $12 general per screening.  All films are subject to change.

Saturday, January 30
The WBGO Story…Bright Moments from Newark to the World – Chris Daniel (Tinton Falls)
The documentary tells the story of how a group of urban leaders and community activists looking to make a positive change in Newark came together in the ’70s after the Newark riots to create WBGO, New Jersey’s first public radio station. It will tell how this small radio station owned by the Newark Board of Education was turned into a powerful cultural force heard throughout the northern Jersey/New York City region that now reaches millions of jazz listeners around the world. The documentary features interviews and stories from people who helped launch the station, including its founder, Bob Ottenhoff, and Mrs. Dorthaan Kirk (widow of the great multi-instrumentalist Rahsaan Roland Kirk), who was key in helping WBGO grow to where it is now. 2020; 55 min.

Sunday, January 31  Super Shorts I
The Trouble With Angels – Sam Chegini (Qazvin, Iran)
The innate urge to reach out to a stranger, following a chance meeting in Monte Carlo. Combined with the monochrome memories of Wim Wenders’ Wings of Desire, where a moment of crisis is redefined by something magical. This beautiful animation features the music and likeness of Jakko M Jakszyk who is currently performing with King Crimson. 2020; 6 min.

The Fabric of You – Josephine Lohoar Self (Glasgow, Scotland)
Set in the Bronx, in the era of 1950s McCarthyism, everybody wants to look the same. Michael, a gay, 20-something-year-old mouse, hides his true identity while he works as a tailor. When Isaac enters the shop one day he offers the escapism and love Michael craves. In Michael’s confined apartment, he becomes tormented by the memories of Isaac’s tragic death. Michael’s memories and flashbacks are triggered when he notices Isaac’s jacket draped on the back of a chair. Haunted by the solace Isaac once offered, he struggles to come to terms with his loss. 2020; 11 min.

Gloria – Felipe Vellasco (São Paulo, Brazil)
Gloria is a revenge story which happens in a near possible future, in Cuba, where the economic embargo has ended and the country faces a fast social transformation. In this context, an old inveterate communist tries to resist his family’s ambitions and to deal with ghosts from the past. In Spanish, subtitled. 2020; 24 min.

A Clockwork Beta – Mr. Kaleidoscope (Kingston, New York)
A short portrait about artist Matthew Pleva. In his tiny workshop and showroom, Pleva creates illustrated narratives comprised of thousands of cross-hatched marks. He then painstakingly cuts out the drawings and mounts them on brass armatures, so that the drawn narrative becomes dimensional dioramas. in this short film he creates a Clockwork Orange Betamax tape. 2020; 6 min.

Canis Major – Charli Brissey (Ann Arbor, Michigan)
An artist suffering from severe writer’s block relies on the friendship of their dog in this multi-genre sci-fi short. Based on many true stories, this video-animation hybrid ruminates the relationship between dancing and earthly survival at the “end of the world.” 2020; 10 min.

How to Fall in Love in a Brothel – Sunhui Chang (Alameda, California)
Set in 1960 Incheon, South Korea. As a young country is struggling through rebuilding after the Korean War, two young Koreans struggling to find their place in a hard world find love in an unexpected and unlikely setting, showing what is possible in life when two people happen to cross paths. In Korean, subtitled. 2020; 11 min.

Echthaar – Dominic Kubisch (Schwechat, Austria)
Perry Como comes blasting from the jukebox, while the hair stylist blows smoke into the eyes of his customers. It’s the ’50s and Victor has his salon in order. Or so it seems. Because when Paula comes on as a temp, she soon senses the dark secrets he’s hiding. In German. 2020; 20 min.

Saturday, February 6
Nobody Famous – Elizabeth Ahlstrom (Nashville, Tennessee)
Nobody Famous is a music documentary based on teenage ’60s folk singer, Susan Taylor, who found commercial success with musician/singing/ songwriting trio, The Pozo Seco Singers. While fellow member Don Williams went on to be become one of the most successful country music artists of the 20th century, Susan shied away from fame and fortune, instead choosing to “go where the folk wind blows,” embracing her own path, her own unique artistry, and her own individual identity in the process. 2020; 69 min.

Friday, February 12
Joey Skaggs: Satire and Art Activism 1960s to the Present and Beyond – Judy Drosd (New York, New York)
Joey Skaggs is a satirist, performance artist, and activist who for decades pioneered the use of the media as an integral part of his artwork. Skaggs’ art is both timely and timelessly relevant in that he tackles far ranging cultural, political and social issues, producing works that question and challenge authority and examine societal beliefs in a profound and humorous way. These four short documentaries are the first in a series of Joey Skaggs oral histories produced with technical support from NYU’s Moving Image Archiving and Preservation program in the Tisch School of the Arts. In Joey Skaggs: The Early Years, 1940s to 1960s, Joey looks back at some of the earliest influences that led him away from the art establishment and into the streets. In Joey Skaggs: Art as Activism, 1960s and 1970s, Joey talks about the roots of his activism and his earliest renegade and inflammatory performance art in the streets of New York City. We see the spark that ignites his lifelong controversial relationship with the news media. In Joey Skaggs: The Bad Guys Talent Management Agency, using historical archival footage, Joey tells the hilarious story of this 1984 media performance piece in which he helps his friend Verne fulfill his lifelong ambition to become an actor. And in Joey Skaggs: The Fat Squad, Joey enlists his stable of eager actors and unleashes them as Fat Squad commandos, tough guys you can hire to use force to keep you on your diet. With extraordinary archival footage, Joey shows how he hooked the global news media, always hungry for salacious stories, into covering businesses that were definitely too good to be true. Joey Skaggs’ work is also the subject of Andrea Marini’s award-winning feature documentary Art of the Prank, which won the Best Documentary prize at the New Jersey Film Festival back in 2017. 2020; 52 min.

Saturday, February 13
STRANGER/SISTER – Kirsten Kelly and Kelly Taber (New York, New York)
Two women, one Muslim and one Jewish, dare to believe they can join hands to stop hate. They ask women across the U.S. to overcome a history of distrust and go from strangers to sisters, and unite against the rising tide of hate in America. 2020; 40 min.

The Heart of Camden – The Story of Father Michael Doyle – Douglas Clayton (New Jersey)
As a young priest, Father Michael J. Doyle came to the U.S. from rural Ireland in 1959, bringing with him a joyful disposition, a fervent Catholic faith and an unwavering determination to help his congregation and community. These traits were put to the test in Camden, where he found himself confronted with urban decay and despair. Industries were closing and people were leaving. Crime, drug use, the breakdown of families, the proliferation of hopelessness—this was Camden’s reality. Heart of Camden explores Father Doyle’s attempts to reverse the city’s fall. Included in the inspiring documentary is commentary from family, friends and parishioners. Excerpts are presented from his fine poetry, brilliant essays, and powerful weekly letters he has written to his congregation since 1984. What shines through this film is Father (now Monsignor) Doyle’s devotion to God and his fellow man. And to the city of Camden, where he truly has given his heart. 2020; 44 min.

Friday, February 19
The New Abolitionists – Christina Zorich (Los Angeles, California)
The Odyssean journey of human sex trafficking. The New Abolitionists came into being, slowly, based on activist missionaries who were giving everything to see an end. This film exposes the causations of trafficking and reveals practical solutions. 2020; 99 min.

Saturday, February 20 and Sunday, February 21
2021 United States Super 8 Film & Digital Video Festival Day 1- Parts 1 and 2
View the winning films and digital videos of the International United States Super 8 Film & Digital Video Festival, selected by a jury of filmmakers, Rutgers University student interns, and media professionals. The festival—now in its 33rd year—will feature finalist works by independent filmmakers from the United States and around the world. Each part approx. 90 min. A complete festival line-up is available at the website. Co-sponsored by Pro 8mm!.