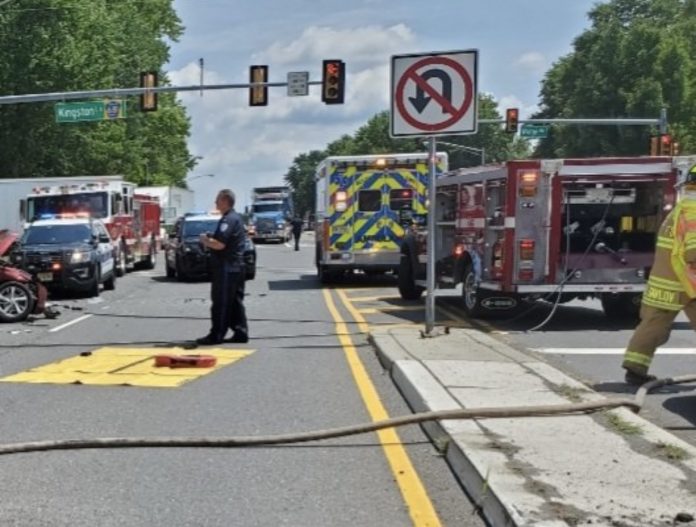 The impact of the crash caused the dump truck to go onto the front lawn of a nearby business.

The 57-year-old father was pronounced deceased at the scene. The 21-year-old driver and his 16-year-old sister are both in intensive care unit, police said.

South Brunswick Police Traffic Safety Bureau has recovered video evidence and interviewed
several witnesses. The preliminary findings indicate the Nissan allegedly made an improper left turn from the far-right eastbound lane, crossing over five lanes of travel before being struck by the dump truck in the westbound lanes, according to police.

Police Chief Raymond Hayducka said, “Our hearts go out to this family at this very difficult time. As a community we will support them in whatever way possible. I thank the community members and doctor who immediately stopped to provide aid.”

The crash investigation is being led by Police Officer Jesse Blake. Anyone with information is asked to call 732-329-4646.