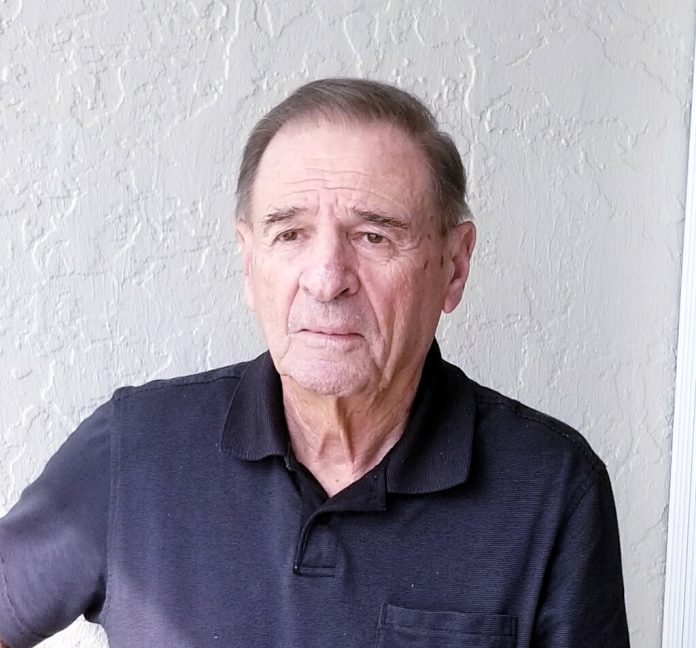 “Mike joined the Allentown Lions in 1976,” Strovinsky said. “He has been a steadfast contributor to the greater Allentown community in numerous ways throughout the years, as well as an active Lion who fully embodies our simple motto ‘We Serve.’ The club really felt it was time to honor him as grand marshal.”

“Lion Mike Kemp exemplifies the spirit of Lionism,” Schmitt said. “He served this wonderful community of ours and this club for many years with integrity, selflessness and good cheer and we are very proud to name him as the 2019 Memorial Day parade grand marshal.”

Kemp currently resides with Eleanor, his wife of 56 years, in Marco Island, Fla., and seasonally in Lanoka Harbor.

During his many years as a Lion, Kemp served as club secretary, treasurer and president. He served on the Lions Club Board of Directors for more than 30 years, according to a press release.

As an active resident of Allentown, Kemp served several terms on the Planning and Zoning Board of Adjustment. The Kemp family was active in St. John the Baptist Roman Catholic Church and Kemp served as a Eucharistic Minister.

Kemp was born and raised in New York City and graduated from Fordham University with a degree in economics, followed by graduate work at Michigan State University. While still residing in New York, Kemp met and married Eleanor.

In 1966 the couple and their two young daughters, AnneMarie and Alicia, moved from New York City to Spotswood, Middlesex County. Kemp worked for Johnson & Johnson for 30 years, retiring in 1995.

In 2005, the Kemps moved to Lanoka Harbor to pursue a passion for boating and fishing.

In 2016, they moved to Florida. Mike and Eleanor come north frequently to spend quality time with their children, grandchildren and many friends.

“It is an honor to have been selected as this year’s parade grand marshal by my fellow
Lions,” Kemp said.

He said his favorite memories of Allentown are of the Lions Memorial Day jamboree and parade, as well as the annual Christmas tree lighting and the Lions Club fundraisers.

“Allentown was such a close-knit community,” Kemp said. “It was a place where we all knew and cared for one another.”

2022 Archives and History Day will be held at Brookdale on Oct. 1