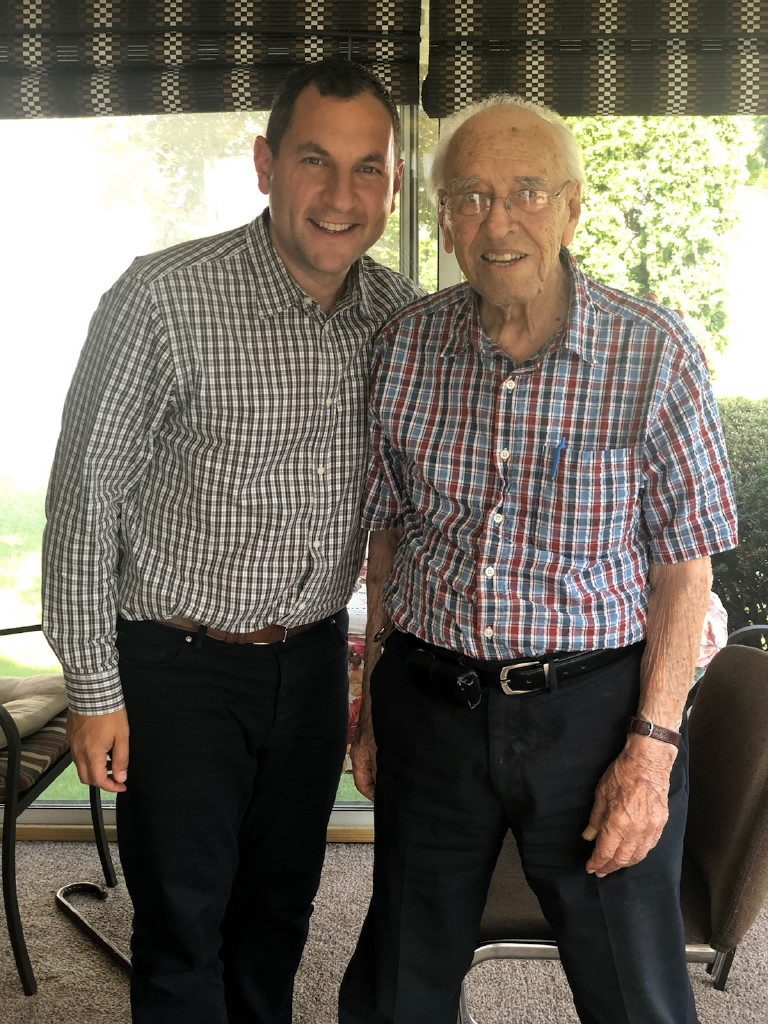 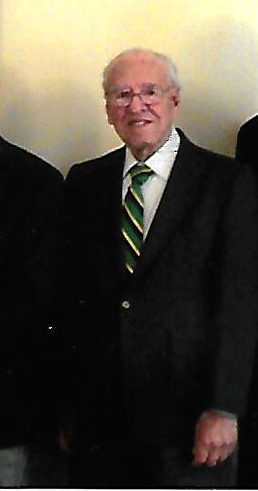 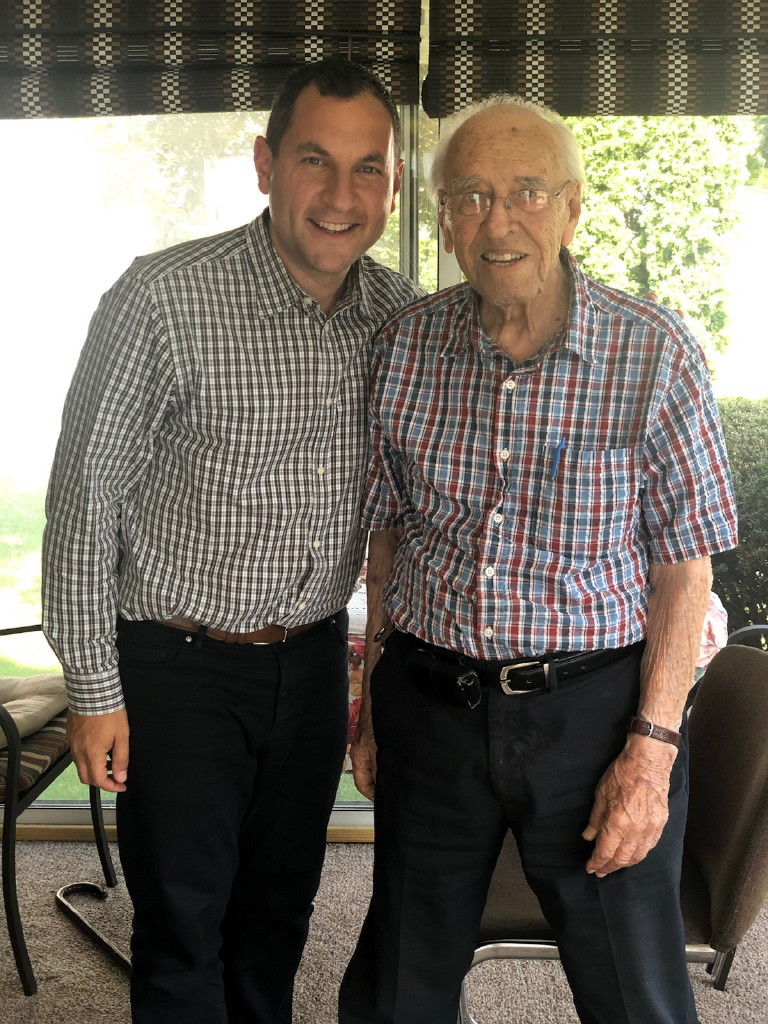 METUCHEN – Former Police Chief Joseph J. Perrino nodded as he received a standing ovation in borough chambers for not only his service to the borough and country, but for turning a century old on July 8.

The Borough Council recognized Perrino with a proclamation at a meeting on July 10.

Perrino was born on July 8, 1919, in Metuchen to Vincent and Mildred Perrino. He began his life of service and valor when he became an active member of the U.S. Army and served during World War II.

Police Chief David Irizarry said he and Mayor Jonathan Busch spent some time reminiscing about his time of service with Perrino on his front porch on his birthday.

Busch highlighted their visit in a social media post.

“Earlier today, I had the privilege of wishing our former police chief, World War II veteran and lifelong resident Joseph J. Perrino, a happy 100th birthday,” he wrote. “While stationed in Guam in 1944, Chief Perrino was shot by a Japanese sniper during his rescue of an injured soldier and spent 15 months recovering in various military hospitals.”

While injured, Perrino was able to save the lives of fellow soldiers, a platoon sergeant and a first class private.

Perrino was awarded the Bronze Star, the fourth highest award military personnel can receive for an act of bravery and heroism, and the Purple Heart, which is given to anyone who has been wounded or killed in the line of service.

After his military service, Perrino was appointed to the Metuchen police force in 1946, and after being promoted over the years to the ranks of sergeant in 1953 and captain in 1965, he served as chief from 1976-85.

Irizarry noted he and Perrino serve as ushers at St. Francis and he is the one who painted the police patch design of the borough’s namesake, a Native Indian chief, which hangs in the chief’s office as well as the Metuchen Public Library.

He further said the former chief is an amazing role model with his time in the Army and his service to the borough. He noted Perrino also attended the FBI National Academy.

In the audience to recognize Perrino included former Police Chiefs James Keane and Robin Rentenberg, former and current police officers, members of the police auxiliary, members of the Metuchen Fire Department and emergency personnel, a representative of the Middlesex County Chiefs of Police Association, borough officials and his family.