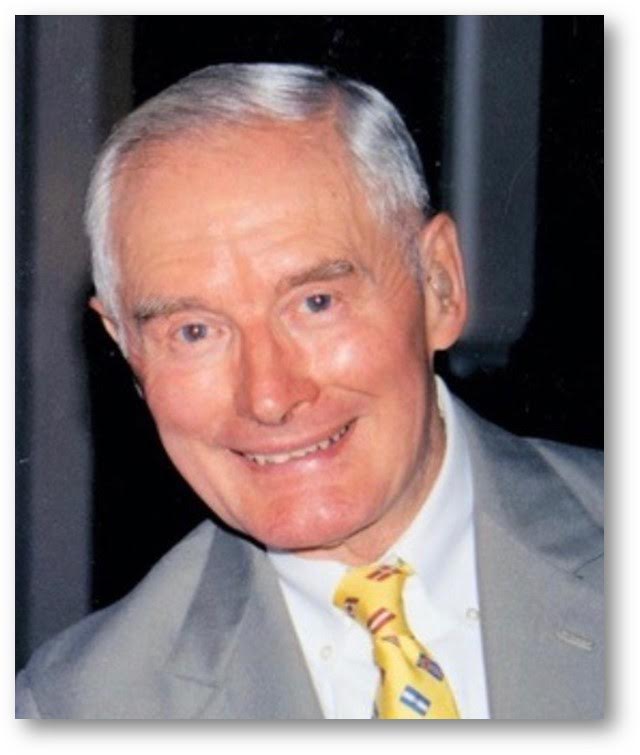 Joseph Leo Bolster, Jr., a beloved father of 14 who built a distinguished career at Princeton University and lived a life dedicated to public service, died on July 21, 2020, at the home of his youngest daughter, Peggy, in Westport, NY. He spent his final weeks surrounded by his 14 children and passed peacefully. Among Joe’s many gifts were an unflagging buoyancy of spirit, a quick, often hilarious wit, and a powerful devotion to community service born of the gratitude he felt for the opportunities afforded him in his lifetime. Joe was an inspiration to his family and to many who knew him, and whenever he entered a room, the good cheer within underwent a noticeable uptick.

The eldest son of Joseph Leo Bolster, Sr. and Jane Carroll Bolster, Joe Bolster was born in Albany, New York, on November 6, 1928, and grew up in Williamstown and Pittsfield, MA. At Pittsfield High School, he was a member of the Student Council, Vice President of the Senior Class, captain of the track team, and Western Massachusetts half-mile champion in 1945 and ’46.

After graduating from Pittsfield High, Joe spent a year in the Army of Occupation in Japan, and then attended The Hill School in Pottstown, PA, from January to June 1948. In September of ‘48, with the help of the GI Bill, he entered Princeton University as part of the Class of 1952. Joe majored in history and became an active member of the school community, joining the Senior Class Council, becoming President of The Princeton Charter Club, and Secretary-Treasurer of the Inter-Club Committee. He ran cross country and track at Princeton, captaining both the freshman and varsity track teams during his four-year career. Joe was a member of the Princeton-Cornell track team that raced against Oxford-Cambridge in 1950. He ran the mile in that meet in a four-man field that included Roger Bannister. On the voyage to England aboard the MV Georgic, he met his future wife, Sarah “Tink” Murdock. In 1951, Joe was part of the Princeton team that finished second in the 4 x 880 relay at the IC4A Indoor Track and Field Championships, edging out a Fordham team that included future Olympic gold medalist Tom Courtney. The following season, Joe’s Tiger team finished first in the 4 x 880 relay at the Millrose Games at Madison Square Garden.

After graduation, Joe embarked on a 39-year career at Princeton University. He started in the Bureau of Student Aid and subsequently held positions in the Admissions Office and as Secretary of the Alumni Schools Committees. In 1965, he joined Princeton’s Annual Giving Office, where he spent the next 26 years, 24 of them as Director. During his tenure, the Annual Giving Office raised more than $200 million in fully unrestricted funds for the university. Joe was also a member of the Board of Advisors, the Committee on Minority Affairs, and a coach of the freshman cross country and track teams.

As an offshoot to his Annual Giving work, Joe was a member of the Council for the Advancement and Support of Education (CASE), serving as Middle Atlantic District Chair. In 1989, he was named CASE’s Professional of the Year.

Joe spent his adult life giving back to and volunteering in his communities, never forgetting the windows of opportunity that were opened for him as a schoolboy of modest means from Western Massachusetts. In Princeton, he served as Commissioner of the YMCA Little League Baseball organization, President of the Youth Employment Service (YES), President of the Johnson Park Elementary School PTO, and President of the Friends of Princeton Track. He was one of the founders of Princeton’s Dorothea’s House Scholarship program, which he chaired for more than 25 years. Joe was also a board member at the Princeton YMCA, the Princeton Regional Scholarship Program, the Aquinas Institute, St. Paul’s Church, and the Princeton Blairstown Center (PBC), which provides adventure-based, experiential education to vulnerable youth. Joe helped complete several significant capital initiatives for PBC.

For the Princeton University Class of 1952, Joe joined the Executive Committee after graduation, and also served as president and reunion chairman, among other posts. There is a Joseph L. Bolster, Jr. ’52 scholarship at Princeton. Elsewhere, Joe served for 15 years as a trustee of the Hill School, and 10 years on the Board of Managers at Camp Dudley, in Westport, NY,

Joe was a member of the Nassau Club, the Princeton Club of New York, the Old Guard of Princeton, and the Nassau Swim Club (where he and Tink became lifetime members after helping the club raise funds for a major renovation in 2005). He was an avid biker in later life, as well as a regular jogger who completed several marathons.