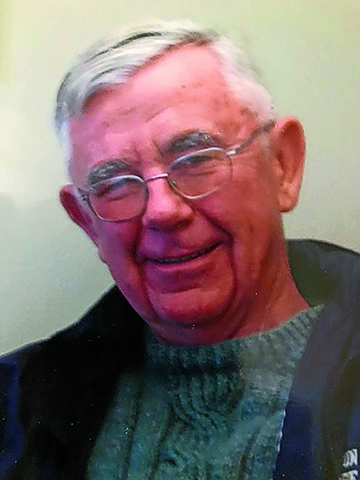 Brunswick, ME–Donald C. Doele (Don) died at Maine Medical Center on August 9 after a short illness. He was born in Ridgewood, New Jersey on August 3, 1937. His career was in Human Resources Management, being a vice-president at McGraw Hill Inc. in New York City, but his life was one of dedication to his family, his church and the communities where he lived. He married the love of his life, Carol Ahnemann, in 1956 and graduated from Bowdoin College in 1959 with a major in physics and math. Together Don and Carol raised four boys. Their first home was in Wayne, New Jersey where he began a lifelong commitment to volunteering in his community and active participation in his boys’ lives by coaching little league baseball and being involved in local politics. He also began a lifelong commitment to his Christian faith and the churches where he lived. He taught Sunday school and adult bible studies at several churches.

After moving to Lawrenceville, New Jersey, in spite of commuting every day to New York City, he found time to coach Little League, Babe Ruth and Senior Babe Ruth baseball, be active in a YMCA Indian Guide program with the boys, be instrumental in founding a YMCA in Lawrenceville, founded a “Dollars for Scholars” program, continue to be involved in politics and his church and countless other endeavors. He was president of the Society for Human Resources Management (SHRM) in New Jersey.

Having a powerful bass voice, a love of singing was also important to Don. He sang in several church choirs and also sang with Princeton Pro Musica which was a 120 voice auditioned chorus in Princeton, New Jersey. He enjoyed running and completed many half marathons and also the NYC Marathon in 1984. He worked with his father- in-law and family to build a house at Damariscotta Lake in Jefferson, Maine which provided many years of very happy times with children, friends and grandchildren.

After retiring to Maine in 2003 he continued running and volunteering. He became active in the Southern Maine SHRM and founded the “Best Places to Work in Maine “program. He also volunteered at the Bowdoin College career planning center for many years. The Kotzschmar Organ in Portland was very important to him and he was an active member of The Friends of the Kotzschmar Organ. He was instrumental in the renovation of the organ in 2014.

A memorial service will be held at First Parish Church, Cleaveland Street, Brunswick, Maine on September 10 at 1 pm.

The service will be live streamed @www.first parish.net. Memorial donations may be made to First Parish Church, Brunswick or Friends of the Kotzschmar Organ, (FOKO) P.O. Box 7455, Portland, Maine 04112.

Memories and condolences can be shared at www.brackettfh.com.