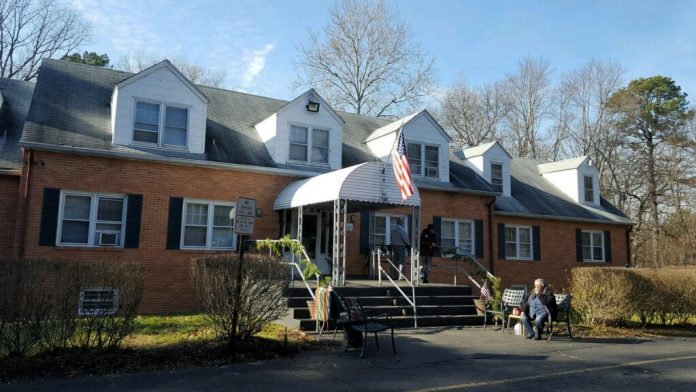 JACKSON — The members of the Jackson Zoning Board of Adjustment are expected to hear testimony on Feb. 1 from representatives of White Oak Center, LLC, which is seeking preliminary and final site plan approval to operate an in-patient drug and alcohol treatment facility at 130 Pushkin Road in the Cassville section of the community.

The White Oak Center application was listed for a public hearing on the board’s Jan. 4 agenda, but was not heard that evening. Instead, the board’s attorney announced it was being carried to the Feb. 1 meeting at the municipal building. Zoning board meetings are live-streamed.

With the use variance in hand, the applicant has now returned to seek site plan approval for the treatment facility. White Oak Center is represented by attorney Peter J. Van Dyke

By way of background, when the White Oak Center application was before the zoning board in 2018 and 2019, the proposed use was described as a post-detoxification rehabilitation facility.

The applicant was proposing to develop and operate a 46-bed facility in the former Pushkin Memorial Home, which was described by a zoning board members as a boarding home.

White Oak Center was proposing to operate a residential inpatient facility and no outpatient programs.

A representative of the applicant said the Pushkin Memorial Home “is old and in need of repair.”

Testimony presented by representatives of the applicant indicated bedrooms would be refurbished and some walls would be reconfigured. A kitchen, mechanical rooms and a laundry room were expected to remain in place. The building’s mechanical systems and lighting would be upgraded.

When testimony and public comment on the application concluded in early 2019 after several public hearings, a motion was made by a zoning board member to grant the use variance the applicant was seeking.

The granting of a use variance requires five “yes” votes from zoning board members.

Sheldon Hofstein, Joseph Sullivan and Kathryn McIlhinney voted “no” on the motion.

The applicant subsequently brought the matter to court and the application was remanded to the zoning board for reconsideration.

The White Oak Center application seeking a use variance was heard again by the board on June 17, 2020.

During that hearing, Van Dyke reiterated it was an application for a post-detox residential rehabilitation center for adults and non-criminal defendants. He said the center would not be for people from the court system to go through a rehabilitation process.

Van Dyke said residents would typically remain at the facility for one month while receiving counseling.

Conditions would include on-site supervision 24 hours a day, with security personnel and medical personal monitoring the activity of the residents. He said there would be medical and criminal background checks for everyone admitted into the program, as well as psychiatric background checks.

Van Dyke said because there had previously been discussion regarding security concerns, the applicant would be willing to put up fencing and gates at locations on the property.

During the June 17, 2020 meeting, the zoning board members were only considering the request for the use variance and not the details of the site plan.

During the board’s deliberations, McIlhinney, who had voted “no” on the 2019 motion to grant the use variance, said the conditions that would be placed on the applicant were acceptable and went a long way toward addressing the concerns that had previously been raised.

In summation, the primary condition was that there will be on-site supervision 24 hours a day, with a minimum of three licensed guards on-site overnight, and there will be licensed nurses and a doctor on-site during the day.

At the conclusion of the public hearing, a motion was made to grant White Oak Center the use variance.

Voting “yes” on the motion were Maher, McIlhinney, Costanzo, Book, Scott Najarian, James Hurley and Jeanine Fritch. The 7-0 vote granted the applicant the use variance.

On Feb. 1, representatives of the applicant will return to seek site plan approval for the treatment facility on Pushkin Road, which runs between Thompson Bridge Road and Freehold Road in Cassville.