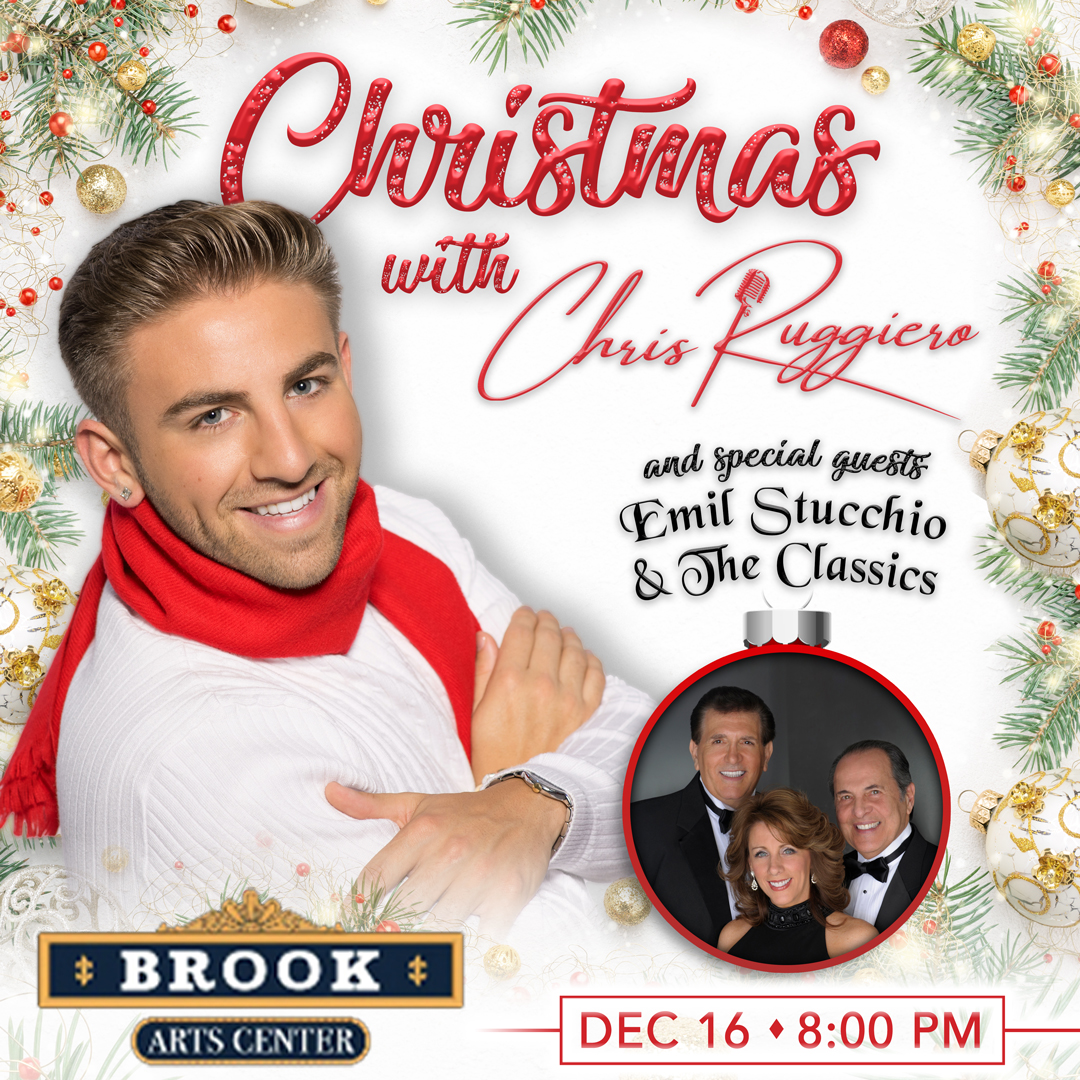 The Brook Arts Center in Bound Brook presents Singer and PBS-TV star Chris Ruggiero’s new Christmas show on December 16 at 8 pm. The show will feature fan favorites from his much-anticipated Christmas album such as “Sleigh Ride,” “Christmas (Baby Please Come Home),” and “Have Yourself a Merry Little Christmas” as well as songs from his four albums, all delivered in Chris’s own classic style. Chris has been touring the country breathing new life into vintage rock and roll tunes, collaborating with the same arranger who created all the hits for Frankie Valli & the Four Seasons, and selling out shows from New York to Vegas. His most recent tour hit thirty-seven cities but the 2022 season brings his first-ever Christmas tour! Whether you’re a teenager of the 1960s or just love good music, don’t miss one of the most energetic and fun-filled holidays rock and roll shows you’ll ever see from one of today’s fastest-rising stars. Joining Chris will be one of his favorite groups, Emil Stucchio & the Classics. Best known for “Till Then,” the Classics’ setlist reads like a Top Ten list of the greatest hits of the 50s, 60s, and seventies. Produced by Gene DiNapoli / Lightning Entertainment