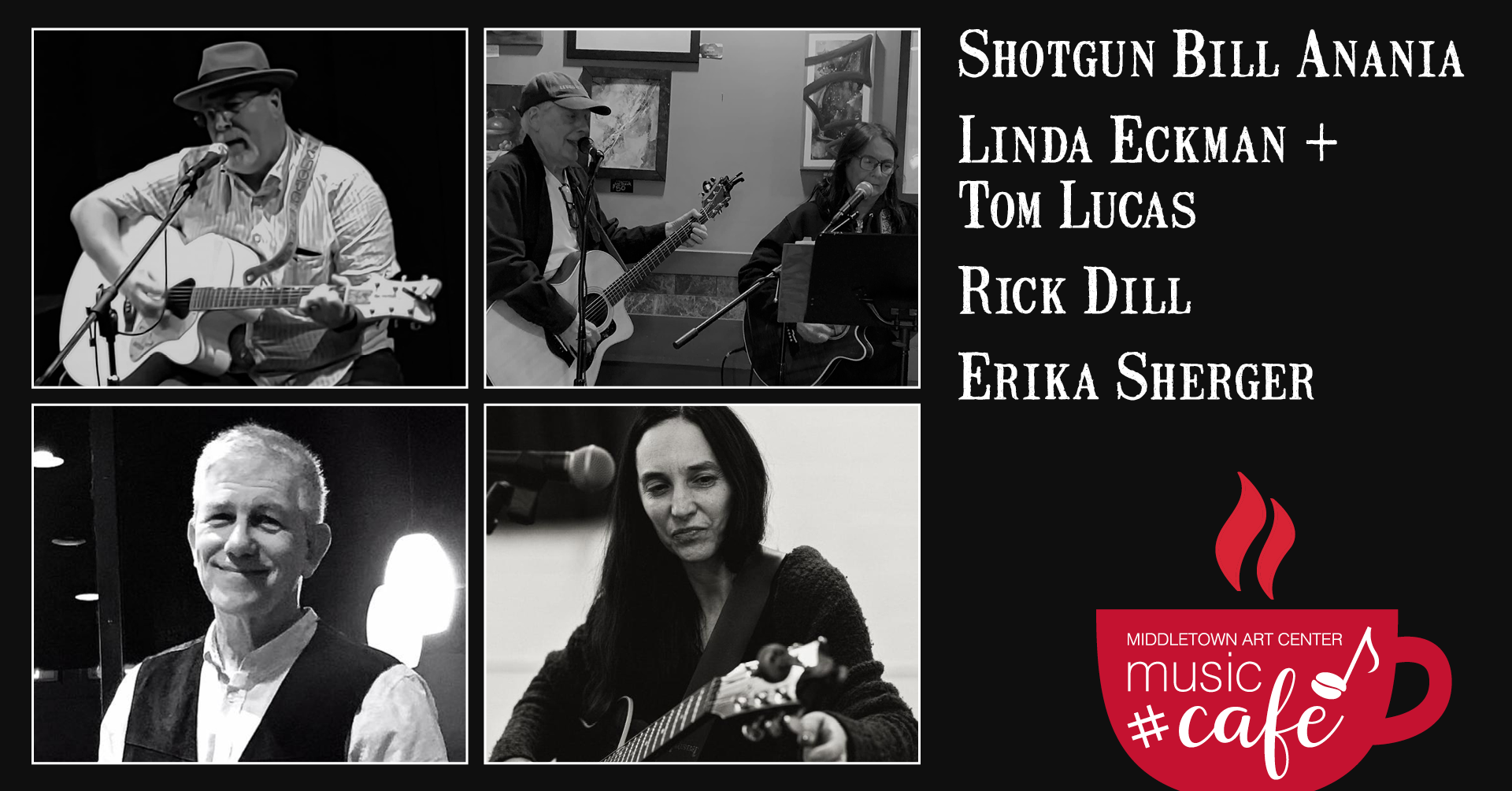 PERFORMERS
Erika Sherger is a singer-songwriter from Boonton Township. Her heartfelt vocals have been compared to Natalie Merchant and Linda Rondstadt and her original songs have a unique style and sound that are all her own. Erika’s second album, “Bad Wolf”, was released on most of the usual streaming platforms on March 24th, 2022.

Shotgun Bill is…Bill Anania. Anania, a self-proclaimed “late bloomer, singer-songwriter”, has produced several collaborative and solo projects. He began working with Frank Patrouch in 2012, forming “Frank and Bill” and releasing three CD projects: Frank Patrouch “Whiskey and Revenge”, Frank & Bill “One Good Line” and “Unplugged and Uncouth”. In 2016, Anania released his first solo CD, “The B-Sides”, and in the summer of 2017, released “Train Cars, Prison Bars …and a White Guitar”, working with his friend Scott “Tango Kid” Yetka. His next album, “Shotgun Bill with the Tango Kid – Lonesome Cowboys”, was released in April 2019. His “Quarantined” EP was released during the Pandemic (2020) and the summer of 2021 saw the release of his fifth project, “Shotgun Bill with the Tango Kid – Lack of Luxury”. Anania performs throughout Monmouth county and has music available on Spotify, Itunes, Amazon, Band Camp and CD Baby!

Rick Dill is a guy who tries to write songs. A dad, husband, ex-newspaper reporter, ex-house painter, would-be musician and current social worker; he is forever thankful for the love and relationships that have allowed him to record and perform music over the last 25 years. Whenever and wherever music is made, there also is a miracle. Discover his music on Apple Music and www.facebook.com/rbdmusic.