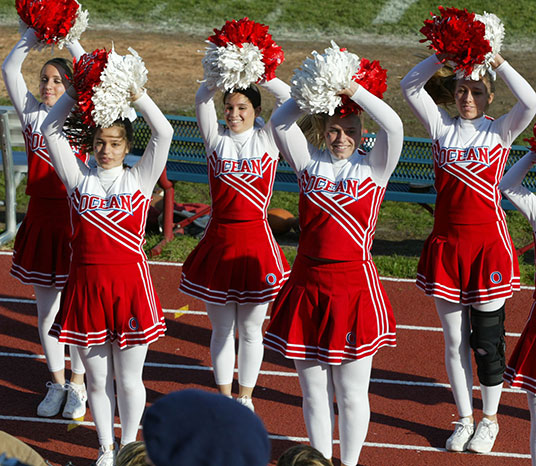 “It was awesome. Every one of the girls contributed; they all came through somehow in some way,” Spartans coach Denise D’Esposito said. “To beat two teams that finished ahead of us is a great accomplishment. I was so proud of the girls.”

Ocean Township was in first place after the first of three qualifying rounds but fell to third and faced the uphill task of taking on the top two teams. The Spartans, however, really hit their stride in the championship round.

Co-captain and anchor Alexis Case came up big in the semifinals and finals of the Baker-style tournament, picking up marks on her last show in each game.

“Alexis always, always comes through,” D’Esposito said of Case, who averages 168 pins. “She handles pressure as well as anyone. She doesn’t have the best average on the team but when the chips are down, she’s the one.”

Ocean Township also played the last two matches without Jenn Ingulli, who led the Spartans to the title in the Long Branch Winter Wave Tournament Jan. 15. Ingulli averages 177 pins to lead the team. Junior Calli Feehan stepped into the lineup and contributed a big spare to spur her team.

Co-captain Angelica DeRose, who has been stellar in raising her average to 149 pins after a slow start, junior Dana Henry and freshman Alexa Tieto rounded out the Ocean Township lineup. Henry averages 167 pins, while Tieto’s average is 160 pins.

This lineup, augmented at times by Morgan Henley and Bella Ferraina, has also compiled a 29-4 mark and sits in second place behind Manasquan High School — which has beaten Ocean Township five times in nine games and is the only team to have bested the Spartans this winter — in the Shore Conference’s Class A Central Division with four matches (12 games) remaining in the regular season.

On the heels of its Monmouth County title, D’Esposito is looking for her team to follow up with a strong showing Feb. 6 at the NJSIAA Central sectionals at Carolier Lanes.

Ocean Township’s boys team, meanwhile, has put together a 31-11 mark this winter and sits in third place in A Central.

Junior Logan Smith tops the team with a 192-pin average, with sophomore Matt Redbord right behind at 191 pins. Both players have several 600-plus series to their credit, and Redbord’s 668 series is the team high.

Sophomores David Vitola and Douglas Rhoades, a pair of lefties, have emerged as key players this season, averaging 188 and 183 pins, respectively. Junior Brian Davis, Andrew Dorko and Brendan Fischer are all in the low 170-pin range. Coach Tom Siciliano has been impressed with the rapid improvement of junior newcomer Max DeGilio, who has steadily bettered his game.

The Spartans finished seventh in the Monmouth County tournament and also recorded a fifth-place finish at the Winter Wave tournament.

“Our entire team has picked things up, and they’ve been bowling much better recently,” Siciliano said. “We’re hoping to carry that through the last four matches and into the state tournament.”

The boys sectional is set for Feb. 13. Siciliano said he will miss at least one player, as its President’s Day weekend. 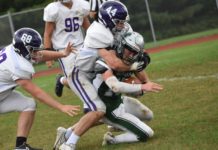