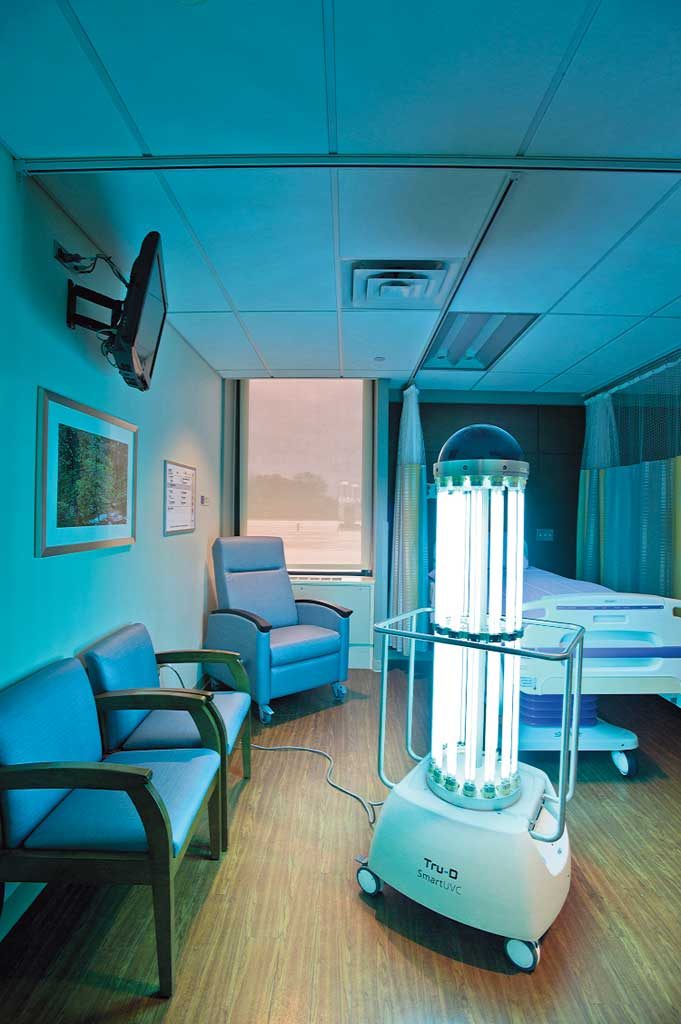 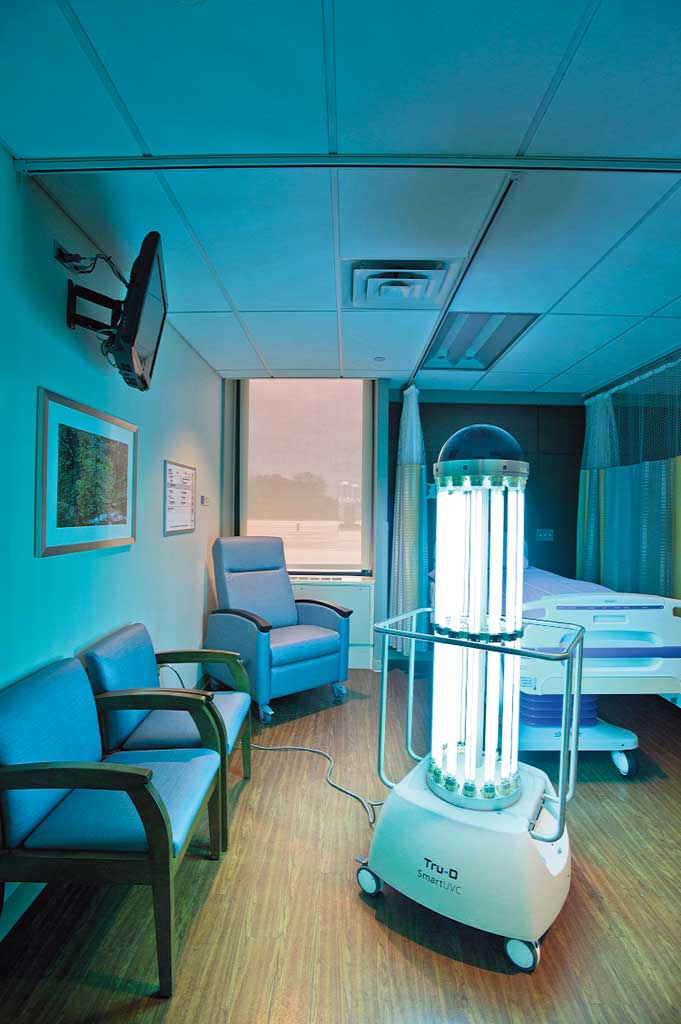 Imagine walking the halls of the JFK Medical Center in Edison and seeing a robot coming out of an empty hospital room, beeping out “All Clean!” and then moving down the corridor to another room. Would it feel like you’re in a science fiction movie?

At JFK, it’s not an imaginary future; it’s reality at work today throughout the Medical Center in the form of “TRUDY” — the Tru-D Smart UVC total room disinfecting system. TRUDY is an all-encompassing unit, which “terminally cleans” any enclosed space. Terminal cleaning refers the eradication of bacteria from any room that might have been identified as bacterially infected, or even suspected of such infection.

“TRUDY is unrelenting,” said Donald O’Toole, JFK’s director of environmental services. “Whether it’s C-Diff or MRSA, TRUDY will eradicate any known strain of bacteria that might be present.”

TRUDY has a team of 12 specially trained technicians to allow it to stay operational for extended shifts, but when it comes to actually disinfecting a particular room, TRUDY is all on its own. A state-of-the-art unit, TRUDY uses eight sensors to evaluate a room by measuring it, calibrating the dosages that will be needed to disinfect it, and estimating the amount of time disinfection will take. After the sensors scan the room, TRUDY bathes the room with its UV operating system, reaching into the smallest spaces and killing bacteria in any crack or crevasse in the room. After the UV process is complete, tests are done to validate eradication of bacteria.

“This UV technology was originally created for disinfecting water treatment facilities,” noted O’Toole, “but in the last couple years its use has expanded greatly. JFK has always looked to the ‘cutting edge’ in technology, and after extensive testing of several operating systems, determined that the Tru-D Smart UVC would put it on the front lines of ensuring patient health and safety. We are currently in a ‘trial stage’ with TRUDY over the past several months, assessing our results so that we can determine whether or not a second ‘robot’ is warranted.”

To maximize the extent of the cleaning, and take best advantage of the flexibility of having multiple-shift technicians, TRUDY now does “overnight” work by disinfecting the operating room suite at night when they are not in use. TRUDY has the added benefit of delivering odorless disinfection, making rooms immediately usable.

“There’s no doubt that JFK is on the leading edge with the use of TRUDY,” described O’Toole. “With the growth in use of UV technology, it’s likely that it will become the gold standard for disinfecting hospital environments in the near future.”