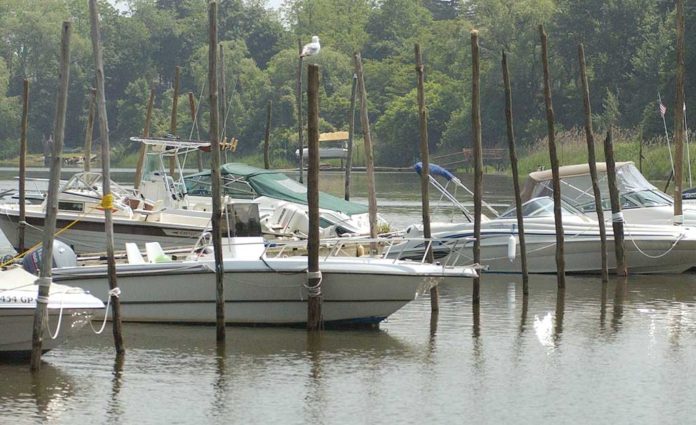 MIDDLETOWN — As America readies to elect a new president this November, one local author has put a unique spin on the procedure.

Middletown resident Doug Goudsward has captured the process in the form of a “campaign playbook” that lampoons the presidential election process through the use of both cartooning and storytelling skills.

“Believe it or not, the book has actually been decades in the making,” said  Goudsward, author of the recently released “The Faking of the President.”

“It was an idea I played around with during the 1988 election and I was a lot younger at the time, very naïve, and thought I had this great idea and said, ‘I’ll send it out to publishers, they’re going to love it and it is going to be published,’” he said. “At that point in time I had never actually drawn a cartoon in my life and was kind of focusing more on writing.”

A former officer in the U.S. Navy who attended the University of Pennsylvania’s Wharton Business School on a Navy ROTC scholarship, Goudsward said he learned however that the road to becoming published was not an easy one.

“Somewhat quickly real life kicked in, and I got one rejection slip after the other, most of them just form letters,” Goudsward said.

“I didn’t give up because a couple small publishers wrote some positive things about it and then one big publisher I sent it to [said] ‘to be honest with you we really enjoyed it, we used it for pleasure reading, but we just didn’t think we were going to make a commercial success with it, but what we really liked were the cartoons, [and] that actually led me to decide to pursue the cartooning aspect a little more.”

Goudsward said he always enjoyed having a creative outlet to express himself, and cartooning was a good medium because of the interplay between words and images, and being able to accommodate his new passion with his day job as an accountant.

He said he took evening classes at the Joe Kubert School of Cartoon and Graphic Art in Dover, Morris County, and even studied under well-known cartoonist and watercolorist Leo Stoutsenberger.

Goudsward’s “Robinson” cartoons, which he said are loosely inspired by the poetry of Weldon Kees, even found a home in the Villadom Times, a weekly newspaper that served an area including his hometown of Waldwick, which is located in Bergen County.

“Cartooning was never really a business for me, it was more a creative outlet, but for more than 20 years they were running my cartoons in this weekly newspaper,” he said.

Following a “seize the day” philosophy after a health scare towards the end of 2012, Goudsward embarked on finishing and publishing “The Faking of the President,” which lays out the simple steps that will enable readers, whether a farmer, businessman, teacher or anyone else, to realize that they too can get elected president.

As the title reads, “With a touch of makeup, even you, a meth smoking punk on the streets can grow up to be a political superstar.”

In his first book, Goudsward lampoons the modern presidential elections, and each chapter is filled with tips on how to dress, speak, or act like a future president.

Included in the book is the official “Faking of the President Online Presidential Candidate Accessories Catalogue,” stocked with items such as The Richard Nixon Workout with “101 ways to do push ups, pull ups, sit ups and of course, cover ups. Now available for half price due to the unexplained appearance of an eighteen and a half-minute gap on each video” and the Presidential Flip Flops, “the ultimate in casual candidate foot wear. Each pair contains one flip-flop emblazoned on the bottom with ‘yes’ and one with ‘no.’ By merely crossing your legs, you can quickly change you position on any issue.”

“I always thought the book was a good idea [but] just never had time to really focus on it more with everything in life going on … so I decided now is the time to just put it together,” Goudsward said.

Making rewrites to bring the book up to date, Goudsward once again received a series of rejection letters until following the advice to self-publish the book.

“The thought had just really never occurred to me and I had no idea how to do it … but I decided [self-publishing] was the way to get it out, and it was a learning experience, but I managed to get it out there … and interestingly it has gotten me some attention from people in the humor art/cartooning world,” he said.

“The thing about art/cartooning is it is a pathway to opening up conversations with people.

“The Faking of the President” Goudsward said is something that can be read on a couple of different levels.

“If you really read it closely, I think you’ll find it is a lot deeper than just sort of this slapstick book it looks like on the surface. … There is something for everybody, and hopefully it keeps people thinking.”