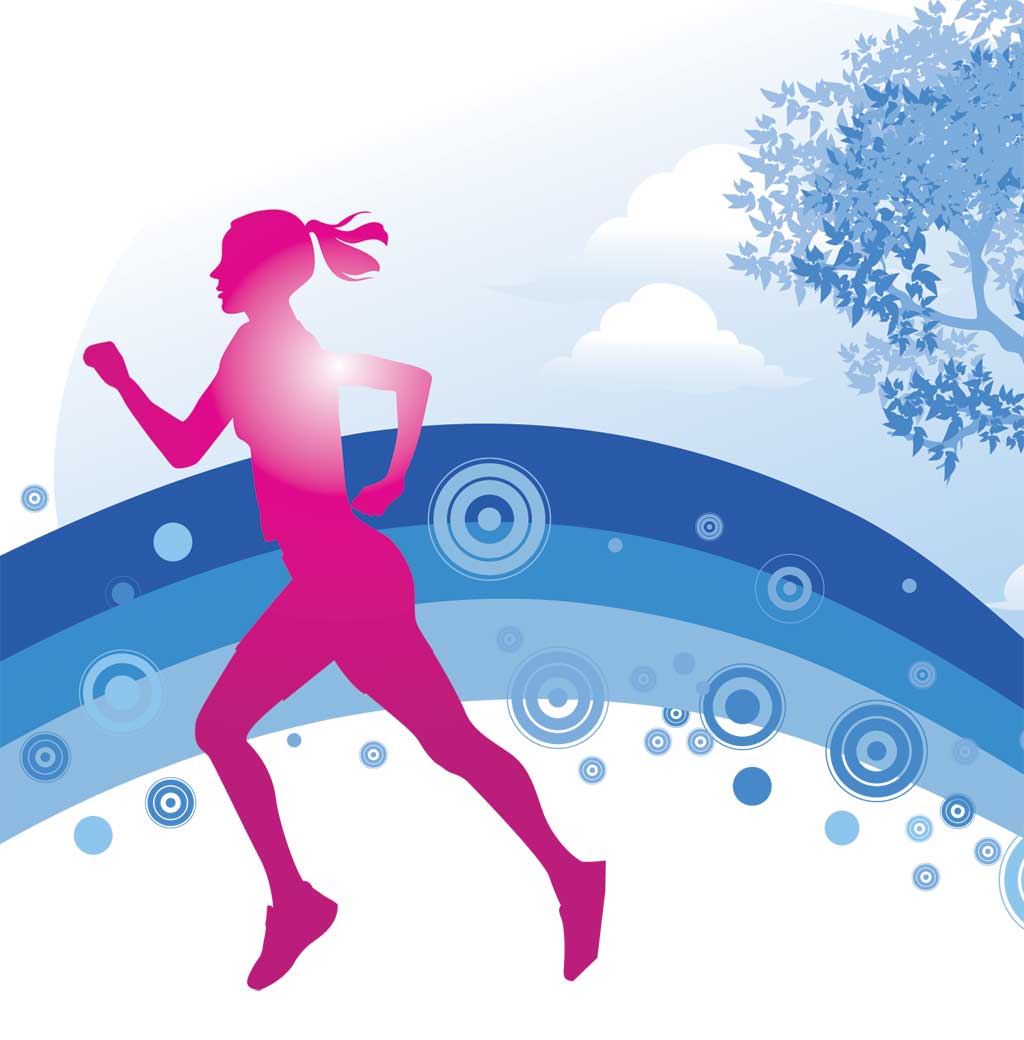 Allentown High School girls indoor track and field high jumper Kassidy Mulryne ended her season the way every high school competitor in her sport dreams about — in the NJSIAA Meet of Champions (MOC) for the second straight winter season.

But it was far from a dream season at the start when Mulryne, a sophomore, had to overcome two different injuries to reach that point at the end of the season. She finished in a three-way tie for eighth and was placed in the No. 10 spot (based on misses) in the high jump at the MOC, clearing 5-4 at the John Bennett Indoor Athletic Complex in Toms River two weekends ago.

On March 1, she matched that height at Eastern States Regionals at the 168th Street Armory in New York, New York, finishing in second place.

A year ago, Mulryne cleared 5 feet as a freshman to finish 12th in the high jump in the indoor MOC.

In the MOC, she hit 5-2 early, and she reached 5-4 on her third try in both big meets. Mulryne attempted 5-6 but said she was not close to clearing it.

“Eastern States was overwhelming, and I was really nervous. It was a really good experience,” she said.

Mulryne said she changed her approach at the end of the season.

“I was clearing 5 feet and then added two steps [on my approach to the bar] to help my speed and to go higher and was getting to 5-2,” Mulryne said.

Now Mulryne said she is skipping lacrosse this spring season, which she played a year ago as a freshman, to devote her development in the high jump and long jump during the outdoor track and field season.

“That was only her third time jumping competitively [in the long jump],” Allentown boys and girls coach Tess Kozlowski said. “We’ll take that.”

Kozlowski was pleased with how things ended up for Mulryne after a tentative start.

“She had an outstanding end of the season and at Eastern States, she looked great because she had been nursing injuries and we were very smart as coaches with the training at the end of the season that there wasn’t anything crazy, just fine tuning and we were tweaking her takeoff and her arch,” Kozlowski said. “It’s easier on your body and your mind when you’re only competing in one or two events like she did.”

But all that success didn’t come as smoothly as might be expected. Mulryne had an ankle injury at the end of the Redbirds’ soccer season and at mid-season, she had injured her neck as a backseat passenger in an auto accident. She still felt some discomfort in her neck at Eastern States.

“Yeah, I was going through visiting the chiropractor a couple of times a week and was nervous at first because I was out for a while and was not sure how my neck would be,” Mulryne said. “Before my first meet [of the winter season], I was medically cleared and finally felt I was able to not worry about it.”

It earned the admiration of her coaches.

“We didn’t have crazy expectations but were pleased how she raised her game,” said assistant coach Rick Smith, who works with the high jumpers, in speaking of Mulryne. “Kids usually are not tough enough to be able to overcome stuff like that. She hit a great [personal record] at her biggest meet (the MOC) and then matched it later in Easterns. She had to take it easy most of the season. I’m looking forward to the spring and to see how she does there as well.”

Kozlowski will have many girls and boys back on the teams for next season and for the upcoming spring season. Senior shot putter Alden Littlefield is looking to get over an arm injury suffered last summer for outdoor season that forced him to foul all of his throws in his third trip to the indoor MOC. He had injured his arm throwing the javelin and he and distance runner Jett Vernaccio are the only seniors of note on the boys team.

Distance runner Matt Gregor, a sophomore, and sprinters Tarick Garvey, a junior, and Colin Harvey, a freshman, return next season along with junior Dean Kilyk in the 200 and 400 meters.

Mulryne and sophomore distance runner Devon Hoernlein are the leading returnees of a group of solid underclassmen on the girls team that loses distance runner Samie Tendler and sprinter and hurdler Veronica Gotilla as the leading seniors. Also coming back next winter and pointing toward this upcoming outdoor season are juniors Sara Gutter in the distance races and Lorna Drexler in the shot put and sophomore Carly Roche in the sprints, hurdles and pole vault. Freshman Kaitlyn Bergen also began to emerge in the 400 meters.

Both teams split their regular-season games in the Colonial Valley Conference Freedom Division. Hopewell Valley lost in the next round of the state tournament, 49-32, to Middletown High School South to finish 19-8.

After rolling by division rival Robbinsville High School, 64-37, in its NJSIAA Central Jersey, Group III opener behind Nahshon Taylor’s 23 points, Allentown’s season ended in a heartbreaking 51-49 loss to Pennsauken High School. Allentown (14-12) has had winning records the past two seasons.

Trailing, 40-27, Allentown twice battled back to tie the score, the latter at 49-49 when Pennsauken (16-12) took a 3-pointer that missed and got the put-back at the buzzer for the win. Hunter Gerling, who led Allentown with 12 points, sank three 3-point baskets in the comeback.

“I think we played really hard, but it’s tough when to get down by so much,” coach Jay Graber said. “Pennsauken played well and hit big shots and jumped on us in the second and third quarters (a 26-14 scoring margin).”

Gerling is one of six seniors graduating from the team along with Tristan Millett, Bekim Nikovic, Matt Glover, Peyton Jackson and Luke Newman.

“I thought our guys battled all year,” Graber said. “We tried our best to play tough teams to get us prepared [for upper level and tournament games]. Our seniors were leaders and our record is no indication of how we played.”

Taylor and Elijah Kelly lead the returning players in what will be a heavy rebuilding season next winter.

“We expect those two guys to step up for sure,” Graber said.

Allentown’s two seniors who each won more than 100 career matches — Jordan Rugo and Zach Turner — reached the state championships at Atlantic City’s Boardwalk Hall last weekend and had some winning moments. But they fell short of being state place-winners.

“They had great careers and finished short of medals, but we’re still happy with their performances,” Allentown coach Mitch Nock said. “As a team, we won our division title, had two district champs and a region champ — a great season for us.”

Rugo, who went into the state meets unbeaten at 160 pounds, went 2-2 in the state championships. Rugo lost an 11-5 decision to Michael Petite of Piscataway Township High School in the second round of wrestlebacks to end his season at 27-3 and his career at 115-25.

“The only wrestlers he lost to this season were all state place-winners,” Nock said.

Rugo won his opener by technical fall at the end of the second period with a 15-0 lead over Henry P. Becton Regional High School’s Rafal Kolodziej and then lost, 4-1, to Bryan McLaughlin of Woodbridge High School. He pinned Westfield High School’s Jarek Godzieski in his first wrestleback match before getting eliminated.

Allentown two-way lineman Joe Pritchard, who is headed to Merrimack College this fall, was selected to play in the annual North-South All-Star football game that takes place June 27.

The site was not released, but last year’s game was played at Kean University.

“I think he deserved it because he is an extremely hard worker and was the mainstay of our offensive line,” said Graber, Allentown’s football coach.

The Redbirds finished 6-5 this past season and lost in the second round of the NJSIAA Central Jersey, Group IV playoffs to Brick Memorial High School, 28-7.