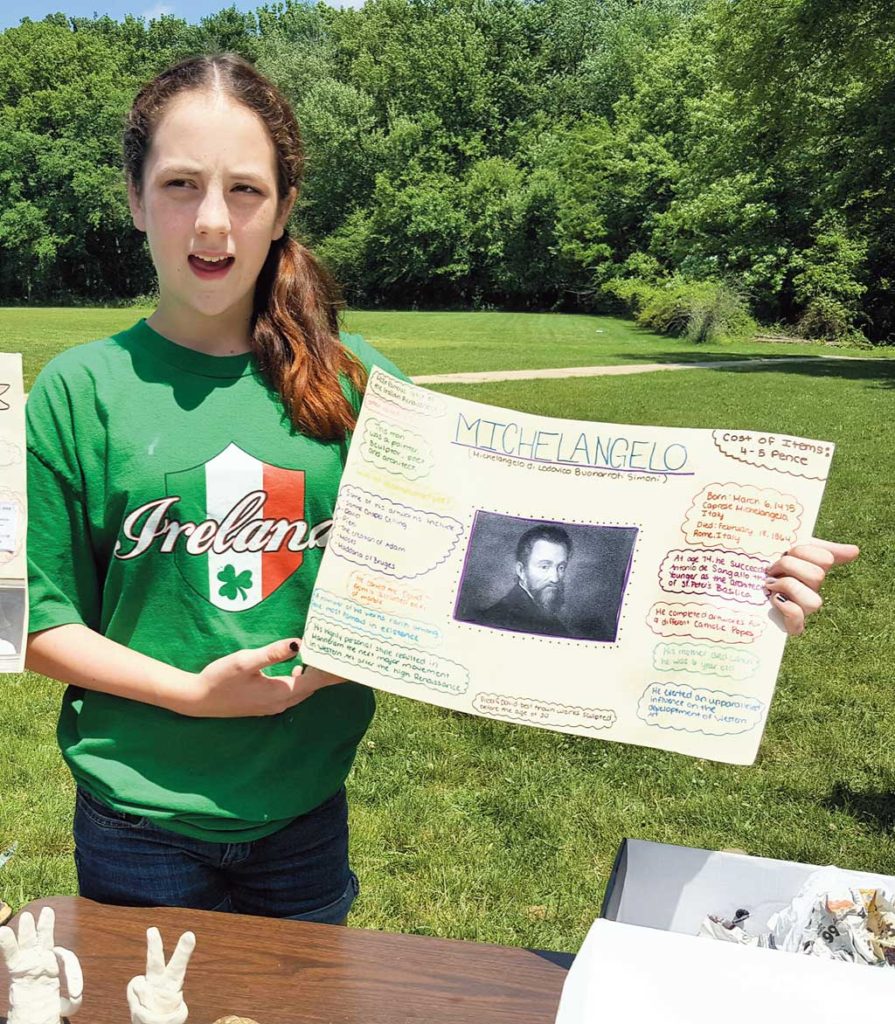 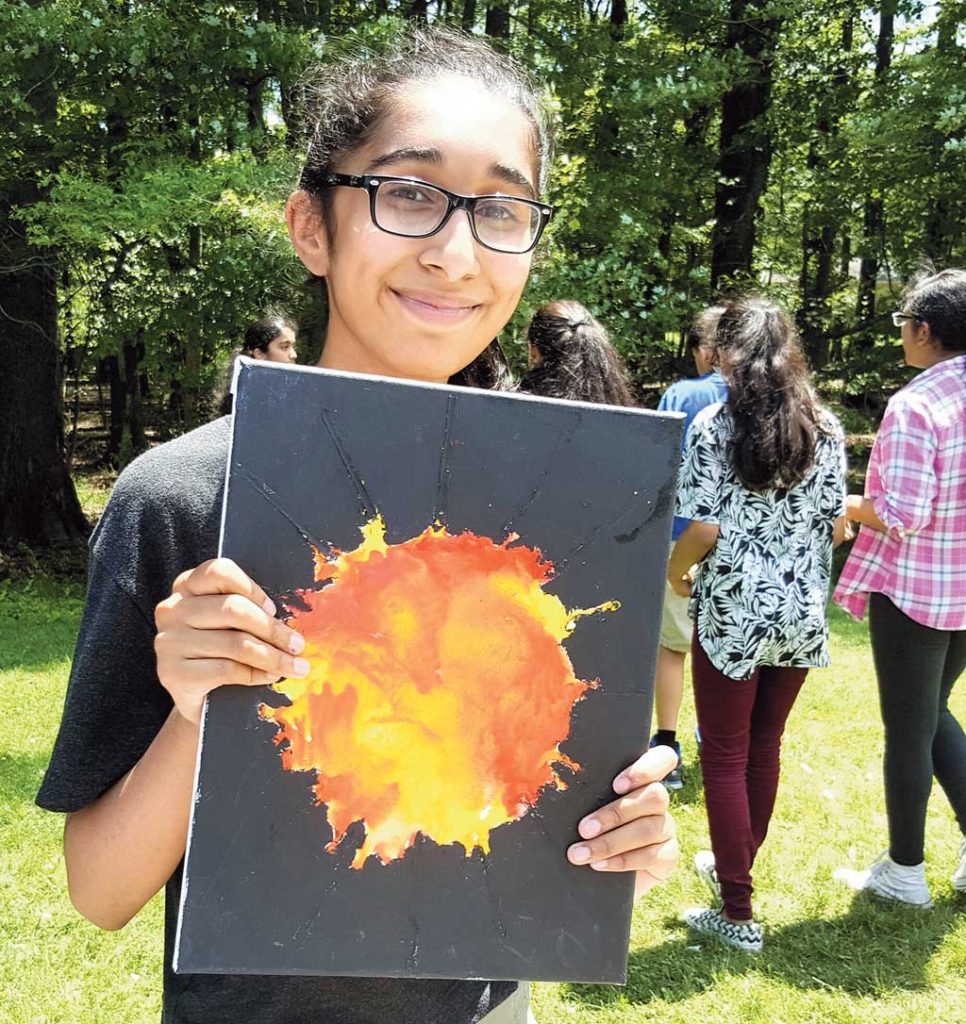 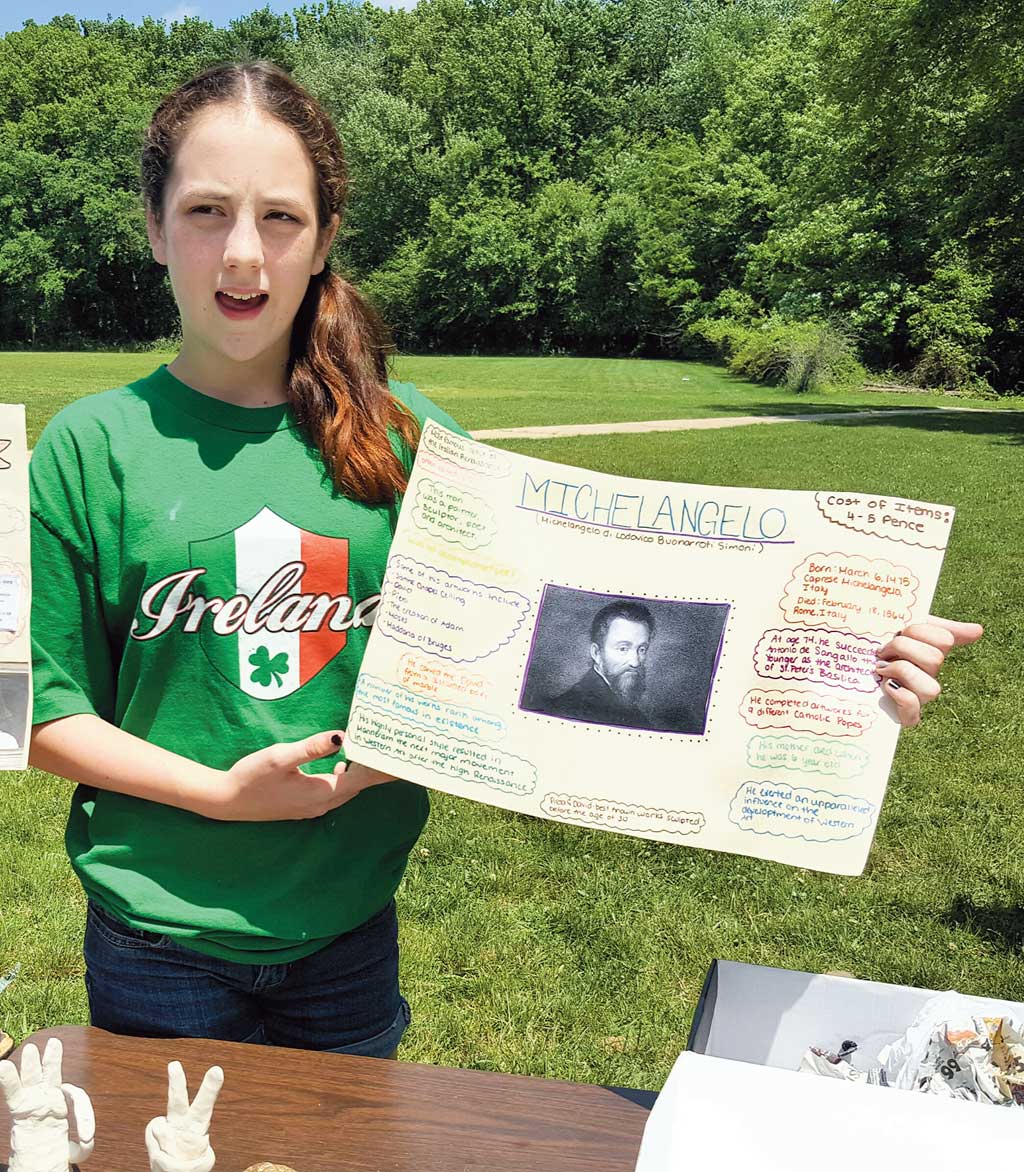 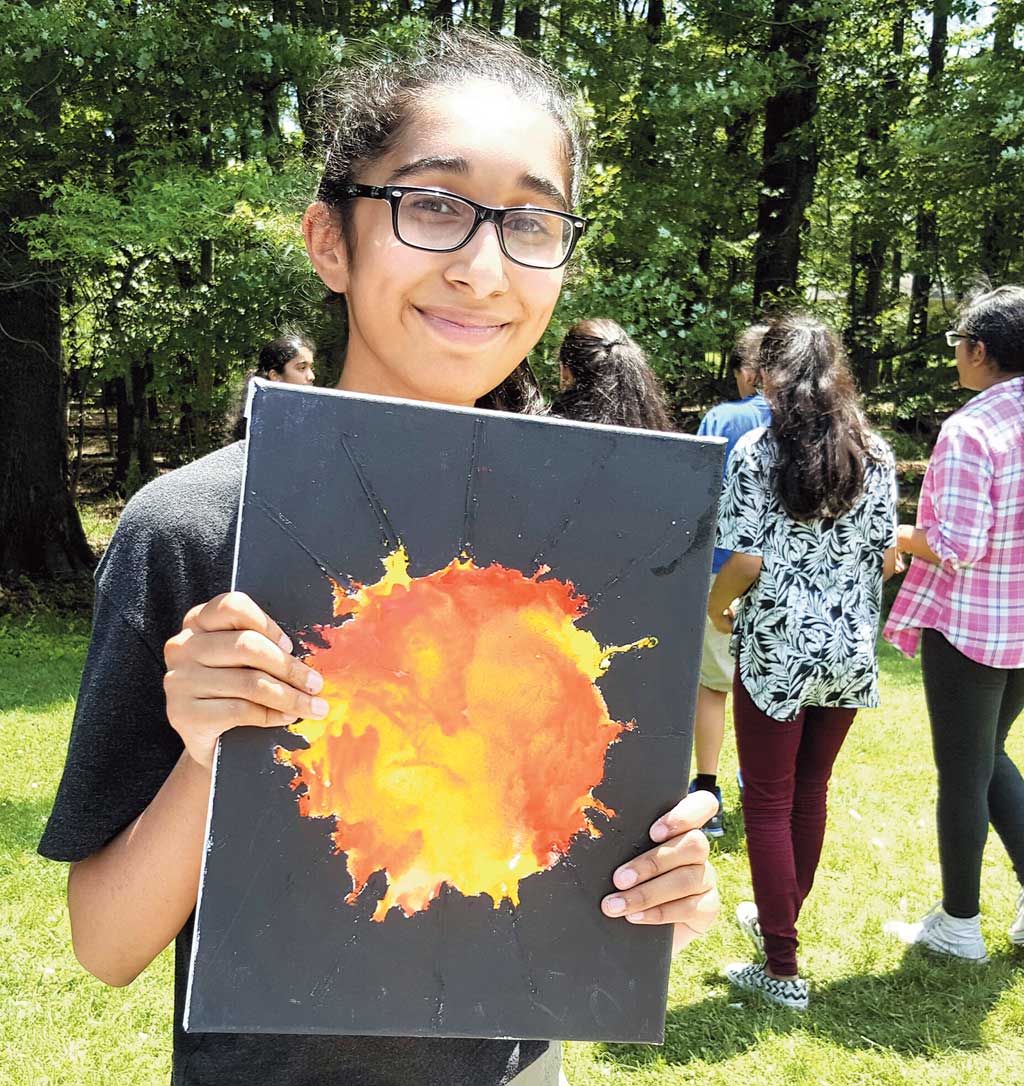 EDISON — With medieval music playing in the background, the seventh-graders at John Adams Middle School traveled back in time to the Renaissance period.

The three World History classes of teachers Adam Sack, John Peach and Amanda Lister came together. The students, split up in about 22 groups of two to three students, chose a significant person/and or thing of the Renaissance to study, research, and present their findings to visitors, who came and went during a mock Renaissance Fair held at the end of school.

Sack said there was one caveat to what person the students chose.

“Whether it was a scientist, artist, inventor, explorer, they had to be passionate about who they chose,” he said.

Maxim Shumylo said his group researched Ferdinand Magellan, who was a leader of the Renaissance and a benefactor to modern science — proving that the world was round, not flat.

He said it was interesting to find out that Magellan had died after a battle in the Philippines in 1521; therefore, not making the entire voyage around the world, which he is credited for.

She said it was interesting to learn that his famous “David” statue was made from a discarded block of marble and dry clay was used to paint the ceiling of the Sistine Chapel.

Simrin Carlsen and Linda Jiang researched Nicolaus Copernicus, a Renaissance mathematician and astronomer, whose theory placed the sun at the center of our solar system.

The students said they were interested in finding that people at that time were stubborn and close-minded and Copernicus knew that and withheld publishing his major work “On the Revolutions of the Celestial Spheres” until after his death in 1543.

Anagha Dangi said her group researched Galileo Galilei, who invented and improved the telescope and was the first to discover the sun had spots.

Galileo’s advocacy of a heliocentric universe clashed with religious authorities and he had been placed under house arrest for the rest of his life.

Anagha said she incorporated her love of art and took to a canvas to portray Galileo’s theory.

Vivek Rallabandi and Arjun Vajjalle researched the Fox and Geese, a staple game during the Renaissance.

“It has a striking similarity to the game of Checkers said Vivek, who said he was interested to see that people at the time had the prowess to make a game of such caliber.

Sack said this was the first time they combined classes to hold a Renaissance Fair.

“We felt this would be a little more interesting for the students to have the people they research come alive,” he said.