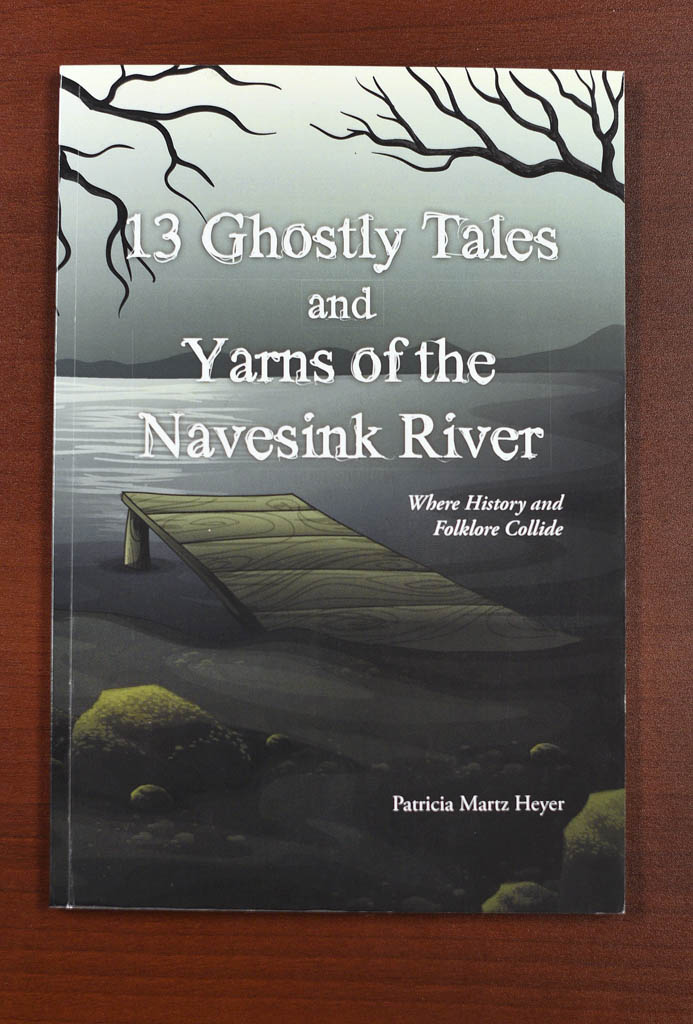 RED BANK — A local writer and educator has written and self-published a book just in time for Halloween.

Patricia Martz Heyer’s first book, “13 Ghostly Tales and Yarns of the Navesink River,” is composed of 13 tales that focus on the Navesink River and the surrounding towns in Monmouth County, including paranormal stories from old Monmouth’s Native American past, colonial history and modern haunts.

A Red Bank resident for 43 years, Heyer was born in a small rural Pennsylvania village where she attended a one-room schoolhouse, complete with an outhouse, for six years.

When asked when she started writing Heyer said, “I started in high school. I wrote a paper for my English class, and my teacher accused me of cheating because it was written so well.”

After attending Slippery Rock University in Pennsylvania, she moved to Red Bank, where she worked as a special education teacher for 32 years. During her time as a teacher, Heyer noticed that the learning materials for her students were outdated so she wrote teaching and learning materials that better fit her students’ learning abilities and interests.

“When I started teaching in 1969, there were no proper teaching materials for my students, who were teenagers — the only materials they had available were intended for first and second graders. So I created reading materials that addressed their learning abilities and interests. I recognized the importance of keeping my students interested, so I wrote a lot and I enjoyed doing it,” Heyer said.

Heyer went on to enroll at Kean University where she earned her master’s degree in special education and frequently wrote curricular and education material for her school district. After retiring from teaching she was accepted into the children’s writing program at the Institute of Children’s Literature.

Since retiring she has devoted her full time to educational writing and has been published in several children’s magazines, including Kid Zone and Listen Magazine.

Readers learn of the heroic slaves that were the area’s first freedom fighters, the evil sacrificial practices of a Lenape magician and soothsayer and even of a mysterious sea serpent, according to a press release about Heyer’s book.

Having been a teacher and an educational writer, Heyer explains her reasons for writing a book about local historical accounts that became meshed with oral legends and paranormal accounts.

“After I retired, I was already interested in local history, and I was already comfortable doing the writing and the research. I was fascinated by the paranormal stories I found in the local archives and how frequently they were documented. There are so many events and experiences that have occurred in the universe that most people can’t explain; this book is a way of presenting a history that’s always existed,” Heyer said.

To publish her first book Heyer decided to use Lulu publishing services, a publishing company that offers writers expertise, independence and flexibility to create, buy and share what they love. Lulu allows writers to publish, produce and distribute their books independently, instead of having to go to a major publication company.

“It’s a local book, not a national book, so I felt that publishing independently gave me more control and allowed me to make the final decisions. I was able to produce it and have a lot of fun with it,” Heyer said.

When asked if she believes in ghosts after writing this book Heyer said, “I believe that reality and existence [are] far more complicated than humans can comprehend. So I would have to say I am less skeptical, but I am not chasing down ghosts.”

To purchase a copy of Heyer’s newest book, “13 Ghost Stories and Yarns of the Navesink River,” visit www.Lulu.com and type her full name. An e-book version is also available at www.Amazon.com.